Do CA electeds really believe pot is healthier than e-cigarettes? 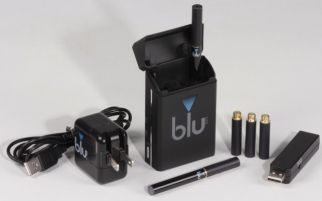 [1]E-cigarettes that are far healthier than the normal kind remain under siege in California. Why? Cigarettes just aren’t OK with the cool kids running the Golden State — unless we’re talking about marijuana cigarettes. How odd.

“A Los Angeles City Council panel on Monday endorsed an array of restrictions on e-cigarettes that would prohibit the vapor-emitting devices from being used in most workplaces and a number of public spaces.

“The proposed ordinance, now heading to the full City Council, would treat e-cigarettes like conventional cigarettes, outlawing their use in parks, on city beaches, in restaurant outdoor dining areas and at city-sponsored farmers markets.

“Lawmakers acted after Jonathan Fielding, director of the Los Angeles County Department of Public Health, said e-cigarettes threaten to make smoking socially acceptable after years of advocacy to discourage the habit. Young people who get hooked on the nicotine in e-cigarettes may then turn to tobacco use, he said.

“‘We don’t want to risk e-cigarettes undermining a half century of successful tobacco control,’ he said.” 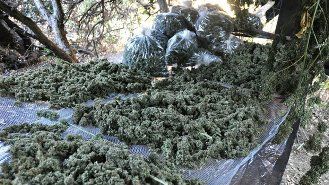 That’s from the Los Angeles Times[2]. Meanwhile, the medical marijuana bandwagon keeps getting bigger in California, and we’re all supposed to ignore the fact that nearly all state-sanctioned users don’t really need it for health reasons.

“I have a license to get high, legally, in the eyes of the State. That’s, no doubt, dope. But it’s also a complete and total farce.”

That’s from a sarcastic piece[3] by a writer for The Street who lives in Santa Monica.

Now make no mistake: I’m a libertarian who hates the drug war. One of the highlights of my life was grilling one of Bush 43’s drug czars[4] about all the evidence the drug war was nuts. What irks me here is the trendiness and laziness of our government leaders who continue to demonize tobacco users and who grossly exaggerate[5] the risks of “secondhand smoke” and make up stuff about “thirdhand smoke.”

But smoking pot, which brings carcinogens into the body in similar fashion to smoking cigarettes? Bring it on!

This hypocrisy is also evident in the public health establishment. The American Lung Association opposes e-cigarettes and lobbied for their public banning in L.A. because they’re a “gateway” to using cancer-causing tobacco. But on pot, the lung association lobby has a low profile.

Why? Because it’s not cool to pick on pot users — just tobacco users.