Judge confirms the ‘California rule’: Pensions can only go up

A state judge on Monday did a split-the-baby routine with San Jose’s voter-approved pension-reform law:

“SAN JOSE — In a landmark ruling that could help shape city budgets around the state, a judge invalidated key parts of San Jose’s voter-approved pension cuts but upheld other elements that could still save huge taxpayer costs.

“Santa Clara County Superior Court Judge Patricia Lucas’ tentative decision released Monday prohibits the city from forcing current employees to contribute significantly more toward their pensions, as called for in last year’s Measure B. But the ruling allows the city to cut employees’ salaries to offset its increasing pension costs.”

That’s from the San Jose Mercury-News[1]. How is it possible that in California, once a public employee is hired, his pension can get bigger, but never smaller? It’s time for the depressing story of what’s known among pension lawyers as the “California rule.”

No cut without ‘comparable new advantage’ 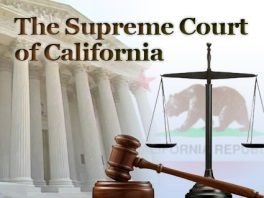 Emory University economist and law professor Sasha Volokh explained recently[2] on one of the Reason websites:

“Most states are free to alter public employee pensions, as long as they do so on a purely prospective basis. For instance, a state can reduce cost-of-living adjustments (COLAs), say from 3% to 2%, as long as the amount accrued so far is still subject to the old COLA. But the rule is otherwise in California: California courts have held that ‘upon acceptance of public employment [one] acquire[s] a vested right to a pension based on the system then in effect.’

“In California, when a public employee begins work, he not only acquires a right to the pension accumulated so far—presumably zero on the first day, and increasing as he works longer—but also the right to continue to earn a pension on terms that are at least as generous as the ones then in effect, for as long as he works. And if pension rules become more generous in the future, then those more generous terms are the ones that are protected. Any changes to these rules must be reasonable, meaning that they ‘must bear some material relation to the theory of a pension system and its successful operation,’ and any disadvantages to the employees ‘should be accompanied by comparable new advantages.’ This is the ‘California rule.’

“The California rule was created in 1955, when the California Supreme Court considered a challenge to a 1951 city charter amendment in Allen v. City of Long Beach. The amendment raised the amount of employees’ retirement contributions from 2% to 10%. It changed the pension from a fluctuating amount (based on the salary attached to the retiree’s previous position at the moment pension payments are made) to a fixed amount (based on the retiree’s salary around the time of his retirement). And it required extra contributions from employees who had returned from military service.

“The Court held that the amendment unconstitutionally impaired the contract rights of the employees who were adversely affected, even though the changes were purely prospective.”

That is one destructive court ruling.

As an economist-law professor, Volokh has some particularly acute insights into why this is crazy public policy:

“Consider what isn’t protected. Salaries aren’t constitutionally protected, even if a salary reduction will have an indirect effect on the amount of one’s pension. Cost-of-living increases to salaries can be revoked for the future, but cost-of-living increases to pensions can’t. Tenure in office isn’t constitutionally protected either, though states can adopt civil service laws if they like. Only pension rules have a special status. But it seems strange to privilege pensions over everything else in this way.

“When pensions are given special protection that’s unavailable for other job characteristics, the mix of wages and pensions is distorted relative to what it would otherwise be (given collective bargaining, tax policy, employee time and risk preferences, and other factors). If market or fiscal pressures mean government compensation must become less generous, it’s salaries and other benefits that must take the hit, even if some employees would prefer to take some of the blow in terms of decreased pension benefits. Those with shorter life expectancies — men, the less-educated, the poor, minorities, and those in bad health — suffer the most from policies that protect pensions at the expense of current salaries. Some of the pain will also fall on taxpayers, and some of that pain may result in trimming state government services (e.g., police, fire, garbage collection, DMV, schools). The California rule thus makes reductions in government compensation either more painful for employees or more expensive to taxpayers than they would be if pension terms could adjust together with salaries and other benefits.”

How to fix this mess? Ballot measure

Volokh has some suggestions on how this insane status quo might be changed at the end of his essay, but they don’t reflect an understanding of California politics, for the most part. For one example, he suggests stacking the state Supreme Court with pro-reform appointees. That isn’t going to happen, period.

But he also makes the obvious suggestion — the one buttressed by pension reform ballot victories in plurality Democratic cities like San Diego and San Jose: 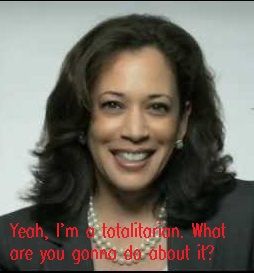 We can’t get to that point soon enough. Eventually, it seems likely to happen — even if Kamala Harris pulls her usual sabotage act[3] with the ballot statement.

The comparison between the railroads in the early 20th century California and the unions in modern California are so eerily precise. They bullied and now bully everyone in their way. Alas, nowadays, the tool developed to deal with railroad control of Sacramento — direct democracy — is impeded by the union tools elected to jobs with responsibilities that include oversight of direct democracy.

In subverting direct democracy so frequently to protect unions from the public’s will, Kamala Harris is one of the true villains of modern California.