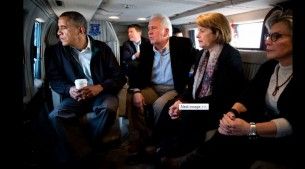 On Feb. 11, 25 days after Gov. Jerry Brown declared an official drought, California Sens. Dianne Feinstein and Barbara Boxer introduced a drought-relief bill[1]. Senate Bill 216, ” The California Emergency Drought Relief Act of 2014,” was introduced concurrently with President Barack Obama’s visit to the Central Valley to survey the devastation from a foreseeable — but unplanned for — severe drought.

A key provision in the Feinstein-Boxer drought relief bill is that it “provides operational flexibility to increase water supplies and primes federal agencies to make the best use of any additional rain,” said Feinstein. By flexibility, Feinstein was referring to a provision in her bill requiring federal water agencies to keep open the Delta Cross Channel Gates to prevent saltwater intrusion into the Sacramento Delta. The Cross Channel[3] was built in 1951 near the city of Walnut Grove to allow the transfer of fresh water into the Delta. If enough fresh water was not released into the Delta during the drought, then California’s drinking water supplies would be reduced even further by failure to repel salt water. 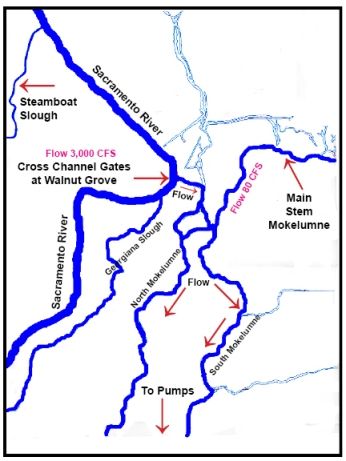 State Water Resources Director Mark Cowin explained in a video on Jan. 31 that the gates on the Delta Cross Channel are normally closed at this time of year to keep salmon from entering the Delta. So one of the reasons that California’s Central Valley hasn’t been getting enough water routed through the Delta is closing upstream gates to protect salmon. But this year salmon have to be compromised to protect drinking water supplies.

The pending Delta Cross Channel gate opening will comprise a release of 300,000 acre-feet of water. That is about as much water as Castaic Lake north of Los Angeles holds.

However, Cowin announced the opening of the Delta Cross Channel back on Jan. 31 in a videotaped announcement[4]. In other words, the key “operational flexibility” promised in Feinstein and Boxer’s drought relief bill was already underway without the bill having to be approved by Congress and the president. Feinstein and Boxer should be given credit for not dallying to open the Delta Cross Channel gates, given the severity of the drought. But it is “disingenuous” to claim their bill would need to be passed to authorize such flexibility.

Learning from history in preparing for drought

In his Jan. 31 video announcement, Cowin explained that California learned the hard way not to delay in taking aggressive action as early as possible to lessen the long-term negative effects of a drought. Cowin said that in the second year of the 1976-1977 severe drought California set aside 1 million acre feet of water (enough for 6 million to 12 million people) that reduced the impacts of the drought. But in 1976, the drought impacts were severe because no additional water was set-aside for a major drought ahead of time. 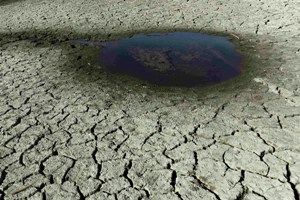 Stated differently, California failed to store enough water[5] going into the second year of this drought (2013) to prepare for a third consecutive dry year. In 2012, about 800,000 acre-feet of water were allowed to flow to the ocean through the San Joaquin River to protect fish flows. And in 2013, 453,000 acre-feet of water were released from Trinity Lake, north of the Delta, to protect fish flows for Indian Tribes and sports fishermen.

There is no “flexibility” of storing environmental water for the next year to plan for a drought. Court rulings and agency mandates require annual release of water for wildlife refuges. Since 1990, 58 percent of Central Valley agricultural water has been diverted to wildlife refuges. In other words, environmental diversions of water made it impossible to put aside enough water to plan for a drought in advance, as Cowin said is required.

Another contributing factor to the current drought is the failure to build out replacement water storage facilities for farmers after their water was diverted to wildlife refuges. The San Joaquin River Restoration Act of 2009 collected $102 million from farmers in higher water rates for replacement water storage facilities that were never built. Congress allocated $88 million for planning activities to restore fish flows in the river. The “planning” funds were not spent on pre-drought planning[6] but on studies and transporting fish by tanker trucks across a 60-mile dry gap in the San Joaquin River. Now there isn’t enough water for farmers or fish.