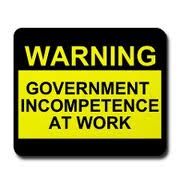 There are fewer sure things in life than the likelihood the California state government will screw up a computer project. We may be home to Silicon Valley and the greatest concentration of information-technology skills in the world, but once a project unfolds in Sacramento, it almost always goes wrong.

Here’s a short list of state agencies that have been home to computer nightmares: Covered California, CalPERS, the DMV, and the departments in charge of unemployment benefits, prisons, courts and social services.

So it was no surprise to see this headline pop up Wednesday[1] on the Los Angeles Times’ website: “State is warned about new fiscal computer system’s costs and timeline.” The details:

“A computer project to modernize the way the state of California manages its finances will take 12 months longer to complete and cost $55.8 million more than originally budgeted, the state auditor warned Wednesday.

“The Financial Information System for California project is aimed at coordinating and improving state government activity on budgeting, accounting, procurement and cash management.

“A decision to change the way the project is implemented to reduce risk and increase the probability of its success has increased its price tag from $616.8 million to $672.6 million and added a year to its schedule, State Auditor Elaine Howle said in a letter to Gov. Jerry Brown and leaders of the Legislature.”

Ho-hum. California bureaucrats in action. Same as it ever was.