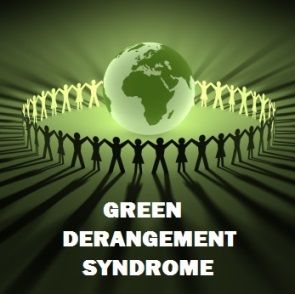 The San Francisco Chronicle has broken new ground in over-the-top petrophobia. Not content to warp the California debate over fracking in the Golden State by never mentioning the Obama administration considers it safe[1], the Chronicle’s editorial page actually is warning that North Dakota’s fracking-driven oil boom is an environmental, health and safety threat … to Californians![2] You can’t make this stuff up.

“The North Dakota oil boom has resulted in more trains going boom. At least 10 trains hauling crude oil from the Bakken Shale across North America have derailed and spilled, often setting off explosions. The deadliest killed 47 people in Lac-Mégantic, Quebec, on July 6, 2013. As California refineries seek to adapt their operations to bring in Bakken crude by rail, Bay Area residents in refinery towns want to know: Will they be safe? …

“Air pollution is the top-line concern for these communities, followed by fear of spills and explosions. Some protests are tied to the larger political debate over importing tar sands oil from Canada.”

No one can be trusted to protect us!

SOME protesters have ulterior motives? SOME????

More from the loony editorial:

“A state Senate committee will meet Monday to begin investigating whether California is prepared to receive hundreds of railcars a day of highly flammable Bakken crude. The legislators are asking: Should we have confidence that the agencies with oversight, the Department of Fish and Wildlife[3], the California Public Utilities Commission[4] and Caltrans, are up to the job?

“We need to know how theses railroads will run safely before more Bakken crude comes in by rail.”

Oh, me, oh, my, as Ralph Lawler would say. There is nothing different about these rail shipments than tens of thousands of rail shipments into California over the past century that the San Francisco Chronicle somehow chose to overlook.

It’s impossible to see the Chon editorial as journalism. Instead, the editorial page is functioning as a wing of the anti-fossil fuel religionists, who are akin to abolitionists. Nothing — literally nothing — is too extreme to say in defense of The Cause.

If you can read this editorial[5] without laughing, I don’t know how. Truly nutty stuff.