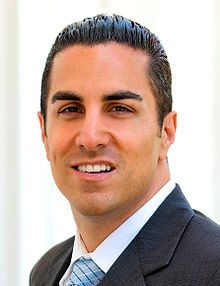 [1]Mike Gatto’s life is an open book. Last January, his daughter, Evangelina, received a $50 gift certificate from a family friend. During the summer recess, he enjoyed dinner with a star of CSI: Miami. In October, one stock in his investment portfolio took a hit. And just before Christmas, Gatto “re-gifted” a pair of coveted Rose Bowl tickets to a star student athlete. It’s all information that has been publicly disclosed on the Democratic Los Angeles Assemblyman’s 2013 statement of economic interests. This week’s release of annual financial disclosure reports has the overwhelming majority of California lawmakers scrambling to explain the hundreds of thousands of dollars in gifts they accepted last year. Gatto isn’t one of them. He leads a small group of legislators who’ve shunned extravagant gifts, declined once-in-a-lifetime travel opportunities and gone above and beyond the legal requirements to disclose their financial interests.

In an effort to stem the damaging headlines, Senate Democrats announced on Thursday their plans to introduce a package of bills to reform the gift rules for elected officials. The proposals include a ban on receiving any gifts from lobbyists, an overall reduction in the annual gift limit from $440 to $200 and an outright prohibition on accepting gifts of spa treatments, golf games and tickets to theme parks, concerts and sporting events.

“There is no question that recent events are testing the public’s faith in how our government does its work,” Sen. Ricardo Lara, D-Bell Gardens, said at the press conference. “We need to restore the public trust.” Of course, legislative leaders wouldn’t need more laws if they followed the best practices of their colleagues.

In the Assembly, Gatto has set the standard for ethics and transparency. He not only declined all international junkets, but disclosed gifts that even the state’s political watchdog would find unnecessary to report. His disclosure reports even include footnotes.

Gatto follows spirit and letter of the law

“Giving and receiving small tokens are part of life,” Gatto said. “I try to follow the letter and spirit of the law, and that’s anything over $50.” In explanation of the gift certificate given to his daughter, Gatto said, “The rules are very clear that we have to report anything over $50.”

For several years, unlike many of his colleagues, Gatto has worked with teachers and administrators and found deserving students to take his spot at the big game.  And don’t think Gatto does it for the positive publicity. He’s been doing it for years and never told the press. The only place you’ll find it: on Gatto’s financial disclosure report, in compliance with state law.

Jessica Levinson, a Loyola Law School professor who specializes in governmental ethics, said that the issue of elected officials accepting gifts is a balance between what is allowed versus what appears to cross the line of undue influence. “If the laws allows legislators to accept gifts, then is it improper or indecent for them to do so?” she asked. “While some gifts are permissible, it can intuitively feel problematic when our elected lawmakers accept gifts when we all strongly suspect they would not receive those gifts were it not for their official roles, and the power they wield in those roles.”

That appearance of impropriety is exacerbated when lawmakers travel with lobbyists on extravagant junkets to exotic locales. Last year, California lawmakers collected passport stamps from Germany, Switzerland, Cuba, Mexico, Poland, Norway, Taiwan, Israel, China, Armenia, Sweden, Canada and South Korea, much of it on the dime of special interest groups.

“When it comes to traveling and attending conferences, I want our officials to leave the Capitol and learn from others,” Levinson said.  “I don’t necessarily want them to do all of that on the public’s dime. When the conferences look fishy, or the sources of the funds have substantial business before the state, it is certainly fair to ask questions.”

Some legislators have avoided the questions altogether. During the Legislature’s 2013 spring break, while dozens of lawmakers were relaxing in Taiwan, Eastern Europe and Cuba, state Sen. Ted Lieu, D-Torrance, fulfilled his monthly Air Force reserve duty. In addition to Lieu, state Sen. Jim Beall, D-San Jose, and Assemblywoman Lorena Gonzalez, D-San Diego, have declined to participate in junkets. And, of course, so did the Legislature’s ethical leader, Mike Gatto. “We are a big state with international implications, but I choose to stay in California,” he said. “My policy is simple: I will travel for limited circumstances but only in California. I am a California official.”