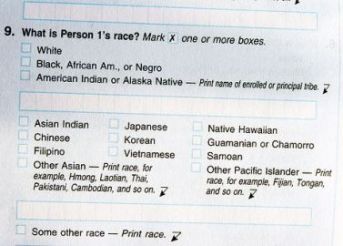 The fact that Asian-Americans in California tend to be Democratic seems to me to be almost entirely a function of the perception of Democrats are more welcoming to minorities and Republicans more hostile.

Surveys and anecdotal evidence show that Asian-Americans are generally more entrepreneurial and more suspicious of government, which should incline them to the GOP. But it hasn’t worked out that way.

Now, however, we’re seeing just the sort of fracture we would expect if Asian-Americans acted in the traditional, what’s-in-it-for-me? way of interest groups. They’ve figured out that affirmative action in college admissions punishes Asians in the name of atoning for the history of white racism. Check out the lead paragraph of this Pasadena Star-News story[1] — the Vietnamese-American reporter isn’t buying the “racial justice” sales pitch at all:

“SAN GABRIEL — Asians in the San Gabriel Valley and beyond joined forces Friday to rally against a proposed Senate constitutional amendment that they said would punish their children for working hard to achieve the American Dream.

“Olivia Liao, president of the Joint Chinese University Alumni Association, said Senate Constitutional Amendment No. 5 is racist because it allows public education institutions to give preferential treatment on the basis of race, sex, color, ethnicity or national origin.

“'(Legislators) feel like the Chinese-American community isn’t paying attention to politics,’ Liao said. ‘We are concerned citizens. We need to stand up when things are not right; we need to be heard. We shouldn’t have any (exceptions) related to race. After all, America is a free country.’

“State Sen. Ed Hernandez, D-West Covina, is sponsoring SCA 5, an amendment that would repeal portions of Proposition 209, which prohibited discrimination against people based on their unchangeable identities. If passed, the amendment would allow public education institutions to give preferential treatment on the basis of race, sex, color, ethnicity or national origin.” 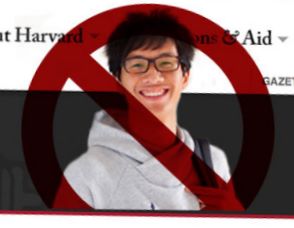 Wow. That’s as free of lefty spin as any news account I have ever seen of how California’s college admissions practices worked before Prop 209’s passage in 1996.

To paraphrase and condense what I wrote back in 2012[2], what the media almost never point out is that the UC admissions status quo before 1996 indisputably punished a minority. This is from the March 31, 1996, N.Y. Times story about UC’s adoption of a plan that even before Prop. 209 was passed would have phased out the use of race as a factor in deciding college admissions by spring 1998:

“An internal [UC} report in May 1995, based on a computer simulation, predicted that such a change would result in a 15 to 25 percent overall rise of Asian-Americans at the University of California, and as much as 25 to 35 percent increase at Berkeley and U.C.L.A., where 75 percent of students would be admitted on merit. The number of whites would remain about the same, but Hispanic students would dip 5 to 15 percent and African-Americans would drop somewhere between 40 and 50 percent.”

So without affirmative action, white student numbers would have been unchanged, but Asian-American student enrollment would have exploded. For some reason, in 1996, this didn’t resonate with California’s Asian population. Now it seems to be.