CA Dems: Are they following the pattern of another one-party state? 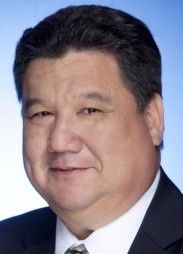 After I got out of college in the 1980s, I spend a fun few months working as a reporter for a weekly newspaper in Kauai. The chairman of the County Council was an affable young Democrat in his late 20s named Ron Kouchi. It didn’t take me long to notice that Kouchi argued a lot with the other Democrats in the Democrat-dominated politics of the Garden Island, with him often taking the side of business interests. I asked Kouchi about it and he jokingly said something like, “You know how in national politics, there are Democrats, and then there are Southern Democrats? I’m a Southern Democrat.”

Hawaii is further along the road to being a one-party state than California. Its state Senate — where Kouchi is now vice president[1] — has only one Republican. Oahu businessman Sam Slom is Senate minority leader, minority whip and minority rank-and-file all in one. To make sure a Republican voice is occasionally heard, he’s on all 14 Hawaii Senate committees[2].

But a lot of these Hawaii Dems are Kouchi-esque Southern Dems ready to hear out business and not reflexively back unions.

An influx of unpredictable ‘Southern Dems’ 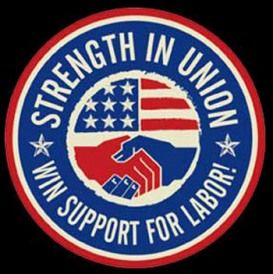 Something like this may be happening in California as well. It may only be a trickle, but it does seem to me that there are more moderate and somewhat unpredictable Dem lawmakers in Sacramento than at any point since Gov. Pete Wilson left town 15 years ago. Dan Walters’ Sac Bee column[3] gets to this point:

“Unions remain California Democrats’ most important constituency, and will be indefinitely, but there are some indications that union hegemony within the party may be fraying.

“The most public example is the complex, multifront battle that pits the state’s union-dominated education establishment against civil rights and reform groups over the direction of public schools. It’s essentially a Democrat vs. Democrat battle, waged within big-city school boards, in the Legislature, in the state Board of Education and in the courts. …

“Unions may also be losing some of their hegemony in legislative elections, as business groups increasingly play in Democratic politics.

“This year, Steve Glazer, Brown’s 2010 gubernatorial campaign manager who advised the California Chamber of Commerce on 2012 races, is running for the Assembly in Contra Costa County as an outspoken critic of unions. His chief rival, Dublin Mayor Tim Sbranti, has heavy union support.

“A few nonunion Democrats would not seem to be a big deal, but it makes a significant difference when leaders want supermajorities to pass tax increases, constitutional amendments and other union-backed measures requiring two-thirds votes.”

This analysis can be taken too far. Bloom, for example, looks like a classic hard-left CA Democrat with his bid to punish SeaWorld[4] for its treatment of orcas solely because of a controversial and highly disputed documentary.

But we’ll soon have a good test case for whether some of CA’s elected Dems have moderated: Will they back billionaire enviro Tom Stever’s push to block fracking? If they care at all about trying to create middle-class jobs, of course they will.