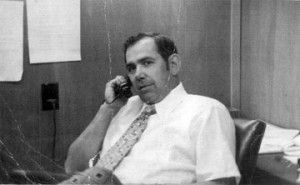 [1]Bruce Malkenhorst and his $551,000-a-year public pension are back in the news. The Orange County Register reports:

A stunning once-secret investigation into the escapades of former Vernon exec Bruce Malkenhorst… alleges that Malkenhorst stealthily and systematically bled hundreds of thousands of dollars from the peculiar city’s coffers.

I’m sure it all was done in the interest of the public he served. Here are some of the services paid by taxpayers that were essential to performing his duties:

Using tax money to pay property taxes was especially helpful to the California economy. This is what Keynesian economists[2] call “priming the pump,” something you may remember from Econ. 101. According to Wise Geek[3]:

“When the Great Depression hit, people’s natural reaction was to hoard their money. Under Keynes’ theory, this stopped the circular flow of money, keeping the economy at a standstill.

“Keynes’ solution to this poor economic state was to “prime the pump.” He argued that the government should step in to increase spending, either by increasing the money supply[4] or by actually buying things itself.”

So Vernon paid for all those things for Malkenhorst. Commendably, money then was not “hoarded” by him, but recirculated back into the system. It went to grocery stores, golf courses, barbers, masseurs, the homeowners’ association, etc. These people and organizations then spent it on their own needs, thus increasing the “circular flow of money.”

Especially beneficial was using the money to pay local taxes. Malkenhorst thus, effectively, subsidized his own expenses. The money when to him, then to taxes, then back to him, then back out again to the barbers, golf courses, etc.; all of them paying taxes, which went back to Malkenhorst, who then spent it again in the community, and so circularly on.

The Keyensian circulatory system causes a “multiplier effect,” which is defined by Dictionary.com:

“An effect in economics in which an increase in spending produces an increase in national income and consumption greater than the initial amount spent. For example, if a corporation builds a factory, it will employ construction workers and their suppliers as well as those who work in the factory. Indirectly, the new factory will stimulate employment in laundries, restaurants, and service industries in the factory’s vicinity.”

Far from condemning Malkenhorst, we should commend him for contributing to prosperity. Indeed, all government workers — police, fire, teachers, nurses, guards, janitors, etc. — should be given salaries well into the six figures, with expense accounts for barbers, golf courses, etc., followed by pensions of more than $500,000.