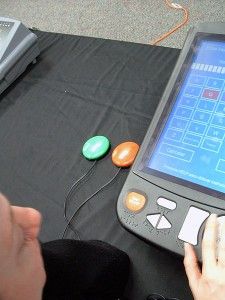 [1]After spending tens of millions of dollars in recent years on ineffective voting systems, California election officials are planning to experiment with an “open source” system that may prove to be the cure-all for secure, accessible balloting – or just another expensive failure.

According to Damicon[2], “True-open-source development requires that a community of software engineers band together to work on the software. The idea is that more minds create better software.”

California still suffers from problems that open-source advocates say could be alleviated.

Despite California’s counties having received $252 million since 2003 to replace their voting systems, nearly a fifth indicated they are currently using aging voting systems, according to the audit.

The audit was performed at the request of state Sen. Alex Padilla[7], D-Pacoima, who is running to replace the termed-out Bowen as secretary of state. Last year Padilla authored Senate Bill 360[8], which passed along party lines and empowers the secretary of state to revamp the state’s voting systems without needing federal approval.

A matter of trust

Padilla touted the bill before the Assembly Elections and Redistricting Committee as a boon to counties wanting more control over their voting systems.

“California has long been a leader in expanding voter access and participation,” Padilla said Aug. 13. “For everybody transparency of the voting process is important for the public to verify and trust the accuracy of voting outcomes. This trust is not just in the people who conduct elections, but in the systems and the machines that we use to cast and count our votes as well.

“In California there’s a patchwork of different technologies to develop … for each of the 58 counties by at least a half-dozen vendors. Currently counties only partially own the systems, which serve as the accuracy and transparency of the hardware and the software that they use in voting. Election equipment is subject to licensing agreements. Which means that counties at times additionally rely on vendors for system maintenance and repairs.

“I introduce this bill to allow a county to own their system and have full access to every part of the voting system. We trust officials to conduct elections. We ought to trust them to maintain our voting systems as well. This gives California full control over how our voting systems are approved by the secretary of state.”

The bill was sponsored by Los Angeles County, which is using a 30-year-old voting system. In 2009 it launched the Voting Systems Assessment Project[9], which could make it the first county in the United States to develop, own and operate its own voting system.

“We believe SB360 will help spur new approaches to voting systems development in an all but stagnant voting systems market in California while also creating more agile systems and regulations that can more efficiently adapt to technology and legislative changes,” Dean Logan[10], Los Angeles County registrar-recorder, told the committee. “The reforms sought by this legislation are an important step to improve the voter experience in California and helping to slow the precipitous decline in voter participation.

SB360 authorizes counties to implement experimental pilot voting systems that use software with publicly disclosed, open-source code. Proponents argue that this will make the systems more secure than closed, proprietary systems. But concerns have been raised that it might do the opposite.

“I appreciate you tackling a very, very dicey subject,” said Assemblyman Tim Donnelly[11], R-Twin Peaks, who also is running for governor. “We’ve had quite a debate in this chamber on anytime you’re changing anything wholesale in elections, it makes people very uncomfortable. Is it true that it would be based on open-source software that is publicly disclosed and might provide a roadmap for potential fraud?”

Logan’s response did not address the potential for hacking into an open-source system.

“There’s nothing in the bill that requires open-source software,” he said. “What it does say is piloting a new voting system in order to meet the conditions to participate in that pilot some of those conditions are disclosed source, because there are multiple definitions of what ‘open source’ means. And certainly the concern that you raise is about the access to that and the ability to look at it. So it’s intended for transparency purposes. That is one condition for the pilot.”

That did not satisfy Donnelly, who voted against SB360 in committee. He was joined in opposition by nearly every Republican when the bill came to the Assembly and Senate floors.

Not ready for prime time

The open-source voting system concept has been kicked around for years. In 2006 a study[12] for then-Secretary of State Bruce McPherson[13] found that it was not ready for prime time:

“At the outset, open source software is software whose inner workings are available for public review and unfettered technical scrutiny. However, in practice, the business of technical innovation and the effectiveness of information security may both depend upon some measure of confidentiality, which open source, by its very nature, precludes.

“Open source advocates point to impressive accomplishments for software developed and maintained according to their principles, with apparent benefits to costs, efficiency, quality and security; however, upon close examination, the open source experience is more limited in scope and specific in application.”

“After extensive investigation, it is clear that significant further examination of open source software in voting systems is needed. While there may be benefits associated with using open source software, they are neither empirical nor measurable. There is no precedent that fully supports the feasibility of a potential effort to develop, deploy, and maintain an open source election system.”

In 2010, the city of Washington, D.C. implemented an open-source pilot project that allowed voters to cast their ballots via the Internet. Officials held a mock election and invited hackers to test the security of the system.

A University of Michigan group took that challenge and issued a report[14] detailing how they were able to successfully hack into the system:

“Within 48 hours of the system going live, we had gained near complete control of the election server. We successfully changed every vote and revealed almost every secret ballot. Election officials did not detect our intrusion for nearly two business days – and might have remained unaware for far longer had we not deliberately left a prominent clue.

“Conducting elections for public office over the Internet raises grave security risks…. Our successful penetration supports the widely held view among security researchers that web-based electronic voting faces high risks of vulnerability, and it cautions against the position of many vendors and election officials who claim that the technology can readily be made safe.”

One nonprofit company hoping to implement open-source voting is the California Association of Voting Officials[15]. A recent YouTube[16] showed CAVO board member Brent Turner voting with his smart phone.

“To vote for President Washington, say ‘one,’” a computerized voice instructs.

Turner says into his phone, “one” and, after a computer prompt, says “three” to vote for “Governor Ross.”

The computer asks him to confirm. Turner says, “Cast ballot,” and has fulfilled his civic duty.

In an email interview, CalWatchdog.com asked Turner whether Donnelly’s concern is valid about open-source voting systems leading to voting fraud.

“Actually the use of open source in election systems will greatly diminish the potential for fraud,” Turner said. “Open source is beneficial, as ‘security by obscurity’ is a failed concept. And the great majority of computer scientists now recognize open source for its security benefits. See projects in other countries and in the USA used by the D.O.D. [Department of Defense]/Air Force, etc.”

Does publicly disclosing the source code make it easier for hackers to tamper with elections?

Turner said, “No. But disclosure is not enough. The software should be General Public License open source.  Mere disclosure is a nuance that is not acceptable.”

Why would open source be just as safe (or safer) than non-disclosed software and proprietary hardware?

Turner said, “The more eyes on the process the better. Small groups can be corrupted and subject to ‘group-think.’”

He added that the cost to develop and implement the system would be about $4 million to $6 million.

Los Angeles County may roll out its pilot voting system in 2015, according to an article at California Forward[17]. The details of that system are still being worked out.