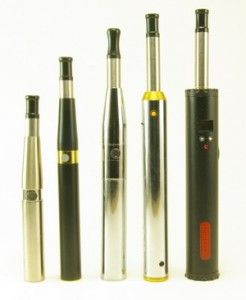 In the latest report casting “vapes” in a negative light, the New York Times called[2] the nicotine solution found in e-cigs “poison by the barrel.” That has producers and retailers in a “defensive crouch,” according to[3] the Riverside Press-Enterprise. The most sensational danger posed by nicotine “juice” is its potential to kill children who consume even a teaspoon.

That alarming piece of data presupposes a nicotine concentration level that not all vials of juice contain. For anti-vape advocates, however, the Times report is an aid in turning public opinion firmly against permissive e-cig laws.

California’s robust market for vapes makes the state a critical test case for the advancement of new prohibitions. Relying in large part on health fears surrounding the safety of children, advocates have already made substantial gains on the West Coast.

In Los Angeles, City Council President Herb Wesson delivered an impassioned address during the floor debate, testifying[4] that his desire to “be cool” as a young man led to a lifelong addiction to tobacco cigarettes that would probably end his life.

The city extended its sweeping tobacco cigarette ban to vapes, permitting their use in “vaping lounges,” but rejected[5] an exemption that would permit vaping in bars or nightclubs with a 21-and-over policy.

In the wake of the action by Los Angeles, other California municipalities are considering a crackdown of their own. The Long Beach city council voted to ban vaping even inside[6] places where e-cigs are sold, prompting an outcry from industry business people. One distributor objected that half of the juice sold in South Orange County is actually nicotine-free, the OC Weekly reported[7].

Frustration is mounting over officials’ tendency to ban now and ask questions later. As the current director of the U.S. Centers for Disease Control and Prevention told[8] the Times, “I think the precautionary principle — better safe than sorry — rules here.”

Judging by developments in California, municipalities agree. “If you watch the city council meeting,” the Long Beach vape distributor told the Weekly, “some of the members said they don’t have enough information to make a proper decision, but they decided to go with the original ordinance anyway.”

The precautionary principle may well take hold among some citizens as well.

Elsewhere in the state, the Santa Cruz city council is now set[9] to consider whether to become the 46th California community to add e-cigs to their tobacco smoking ordinances, according to KSBW. While city officials worry that failing to crack down will permit confusion and disorder to take hold, residents find themselves even less informed than would-be regulators. KSBW illustrates the point by citing one restauranteur’s support for a ban “because of the unknown effects of e-cigarettes.”

While local governments often look to Washington, D.C., for strong guidance and information about which substances to ban or regulate, federal data on e-cigarettes is still lacking. That has led[10] lawmakers in at least ten states to treat e-cigs like tobacco cigarettes, or ban their sales to minors, with still others considering industry-specific taxes and tougher regulations for online commerce.

The case for more permissive e-cig regulations, meanwhile, now centers on a few key arguments. Proponents point to the absence of harms equivalent to secondhand tobacco smoke, the lack of adverse findings by the Food and Drug Administration[11], and the inspirational power of e-cigs to draw smokers away from cigarettes’ lethal carcinogens. Nationwide, libertarian organizations are turning their attention to increasing public awareness[12] of these attributes.

New developments suggest that the tide of regulatory opposition is now leading vapers to organize and push back. Confronting an e-cig ban in the San Diego County town of Encinitas, the Consumer Advocates for Smoke-Free Alternatives Association created[13] a tip sheet, complete with talking points and city council contact information.

As the need for a better public image grows clear, a confrontational attitude to e-cig crackdowns is increasingly discouraged. In its recommendations, CASAA urged vapers who attend the Encinitas hearing to refrain from smoking e-cigarettes.

It remains to be seen whether the e-cig movement’s turn to better public relations is enough to keep California vapers in the regulatory clear.