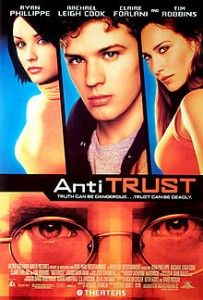 [1]It’s official: Many of California’s biggest tech firms are going to trial.

Not only is a potentially costly verdict at stake for the Silicon Valley heavyweights. Their reputation — and the economy it helped create — also are on the line.

The road to trial has been a lengthy one. Four years ago, a U.S. Department of Justice investigation against Adobe, Apple, Google, Intel, Intuit and Pixar culminated in a settlement[4] designed to ensure the six companies refrained from anticompetitive practices. In a press release announcing the settlement, a Deputy Assistant Attorney General laid out the Department of Justice rationale:

“The agreements challenged here restrained competition for affected employees without any procompetitive justification and distorted the competitive process. The proposed settlement resolves the department’s antitrust concerns with regard to these no solicitation agreements.”

But a civil suit followed[5] in 2011, brought by five software engineers who claimed antitrust laws had been violated.

In January 2014, the 9th Circuit Court of Appeals allowed the suit to proceed as a class action, setting May 27 as the start date for legal proceedings. Koh’s rejection of the defendants’ request for summary judgment removes the last barrier to trial on that date.

As the big tech firms’ court date approaches, their out-sized economic role in California and the nation at large is coming under renewed scrutiny. Leaked court documents, including sensitive internal corporate emails, have hit the Internet[6].

Lurid details  include [7]the late Steve Jobs, at the time Apple’s CEO, threatening Google with “war” over its recruitment practices. He also dispensed smiley-face messages when assured by Google CEO Eric Schmidt that the latter would fire an offending recruiter “within the hour.”

For some, however, the bigger picture merits the greater anger. Rather than merely colluding to raise one another’s profits, critics say[8], Silicon Valley’s most powerful corporations worked together to suppress workers’ wages.

That line of attack against big tech creates unexpected space for a complicated twist on California’s typical political struggles. Ideological positions on Silicon Valley and its main players had become relatively settled: Apple was criticized[9] for its overseas manufacturing practices, Google for its private bus system[10].

Silicon Valley “bros” were seen[11] as privileged, self-entitled and hostile to broad-based social obligations. Facebook COO Sheryl Sandberg, meanwhile, became something of a latter-day feminist icon[12]. Getting more girls interested in tech, and more women hired into top-level tech positions, acquired such importance that even the White House saw fit to weigh in[13].

The Silicon Valley suit has already begun to disrupt those patterns of judgment. One advocacy-based journalist laments[14] “the political predicament that low-paid fast food workers share with well-paid hi-tech workers: the loss of power over their lives and their futures to the growing mass of concentrated power in Silicon Valley.”

On the one hand, Donnelly isn’t running[17] as an anti-corporate Republican. On the other, anticompetitive business practices are key to the charges Tea Party voters — like members[18] of the progressive Occupy movement — routinely level against “crony capitalist” firms, especially big corporations.

In a potent sign of just how scrambled the politics of big technology has become, one founder of Occupy Wall Street, Justine Tunney, now actually works for Google[19].

With divides among California Democrats increasing, and Republicans looking for the kind of policy reboot that could swing disaffected voters, the legal fate of Google, Apple and their co-defendants could provide substantial grist for the election-year mill.