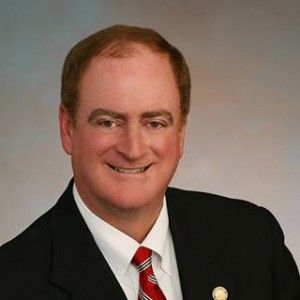 Grassroots vs. the establishment. Taxes [2]and fire pits[3]. In the heart of conservative Orange County — would you expect anything else?

The race for California’s 74th Assembly District features some familiar storylines as three Republicans and two Democrats campaign for this safe Republican seat.

The seat is being vacated one term early by Assemblyman Allan Mansoor, R-Costa Mesa, who staved off an intra-party challenge in 2012 from Newport Beach City Councilwoman Leslie Daigle. In that race, as can be expected again, the seat remained in GOP hands after a November Democrat vs. Republican runoff.

Mansoor currently is running[4] for a seat as an Orange County supervisor.

In the 2014 election, Newport Beach City Councilman Keith Curry, who leads in overall fundraising, has racked up some high-profile endorsements from the Orange County Lincoln Club[5] and the Orange County Business Council. But in the process, Curry’s two GOP rivals, Orange County businessman Emanuel Patrascu and Huntington Beach Mayor Matt Harper, could join forces and attack what they see as Curry’s vulnerable record on the issues.

Appointed to the council in 2006, Curry has won elections in 2008 and 2012 and says he’s now ready to take that local-government experience to Sacramento.

“My first act as mayor was to put forward a 15-point fiscal sustainability plan that laid out the policies that we were going to follow going into the recession,” Curry said at a recent candidates’ forum[6]. “We generated a budget surplus every year during the recession.”

He also cites his experience as a businessman. For more than two decades, Curry served as the managing director of Public Financial Management[7], a financial planning firm that advised government agencies on public financing options.

But that history is likely to be a double-edged sword for Curry.

Back in the 1990s, as a professional financial advisor to the state’s rail agencies, he recommended a 5-cent hike in the state gas tax and a quarter-cent increase in the state sales tax.

“Like an attorney, I was a financial adviser, representing a client seeking an answer to the question: ‘How can we pay for high-speed rail?'” Curry said, when asked about his past support for the tax increases. “We were honest in the 1990s in telling the high-speed rail authority that a project of this magnitude cannot be undertaken without a new, dedicated funding source.”

In a recent email to his supporters, Curry says that as a candidate, he’s firmly anti-tax.

“I signed the No New Taxes Pledge[8] and I will protect Prop. 13,” Curry wrote in a recent email to his supporters[9]. He was referring to Proposition 13[10], the 1978 tax-cut initiative that, among other things, limited property tax increases to 2 percent per year.

[11]Patrascu, who is the second-best fundraisier in the race, is the most likely to capitalize on Curry’s missteps. A former legislative aide who helped Assemblyman Travis Allen[12] fight the proposed ban on Orange County’s fire rings, Patrascu has already criticized Curry’s record on the issues.

“No one can serve two masters,”  Patrascu, a first-generation immigrant, wrote in an op-ed at the Huntington Beach Independent[13].  “Curry cannot support local control and, at the same time, ask an unelected agency to add a layer of regulations that affect local cities. His actions resulted in Orange County almost losing all of its beach bonfires to unnecessary AQMD regulations.

Curry downplays the importance of the issue in the race for the district, which includes Huntington Beach, Newport Beach, Costa Mesa, Irvine, Laguna Woods and Laguna Beach.

“Our schools are failing to provide a high quality education for our students,” Curry wrote in the Huntington Beach Independent[14]. “My opponents in the race to represent the region in the Assembly, however, want to talk about fire rings.”

He added, “In our city, we adopted a plan that keeps wood-burning fire pits but reduces the number by half and restricts the type of fuel used to clean wood or Duraflame-type logs.”

[15]Patrascu isn’t alone in making Curry’s record an issue in the race. Though he’s raised little money in the race, Harper adds to the attack on Curry as he delivers red meat to conservative voters.

“Freedom and liberty are the two most important things that I judge my vote by,” Harper, who is pro-life and anti-gay marriage, said at a recent candidates’ forum hosted by the Newport Mesa Tea Party[16]. “I stand for freedom, I stand for liberty, and because of that I stand for the Constitution.”

A former member of the Huntington Beach Union High School District and now the city’s mayor,  Harper has struggled to raise money. He has devoted his limited resources to political slate mailers.

It is unlikely that either of the two Democrats, middle school teacher Anila Ali[17] or small business owner Karina Onofre[18], can make this race competitive in November. It is equally as unlikely that two Republicans can make the runoff.