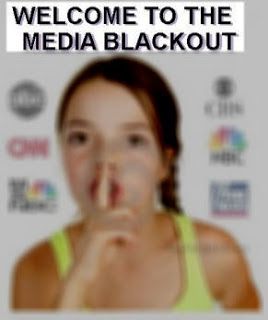 [1]The Los Angeles Times’ news analysis[2] about how recent controversies are likely to hurt California Republicans with two constituencies they are trying to woo — Latinos and women — isn’t loaded or biased. It’s likely true. Here’s a bit of it:

“On Monday, a GOP gubernatorial candidate’s inflammatory rhetoric likening illegal immigration to war came to light. The previous day, a conservative website on California politics was launched, featuring a raunchy photo-shopped image of House Minority Leader Nancy Pelosi — a depiction that prompted the most powerful Republican congressman from California to remove his column from the site.

“The trouble came as the state Republican Party has been trying to claw its way back to relevance, with GOP voter registration in California at a historic low and every statewide office held by Democrats.

“At the California Republican Party’s recent convention, attention was showered on a new class of candidate that included many women and minorities. The grooming of a diverse bench, party leaders said, was key to the rebound effort.”

If CA Dems so powerful, why aren’t they held accountable?

But if this analysis by LATer Seema Mehta was fair, there’s a bigger issue: what might be called the meta bias of the California media. As the analysis noted, Democrats absolutely dominate the state. So shouldn’t they be held accountable for the sad shape California is in? Instead of the amazing and bizarre narrative that holds Gov. Jerry Brown has miraculously put the Golden State back on the right track, when will we see MSM analyses that take a look at the larger picture of California 2014?

SACRAMENTO — It’s one of the conundrums of California life: At a time of mass poverty, why does the state’s dominant political party seem so impregnable?

Government statistics show nearly one in four Californians live in poverty, the highest rate in the nation. One in six adults who want to find full-time jobs are unable to do so — with only Nevada in worse shape.

Part of it is the unappealing alternative offered by California Republicans, whose focus on divisive social issues makes many nonwhites uncomfortable and alienates many younger voters.

But part of it is a California media culture that in some key ways functions as an extension of the state Democratic Party. GOP claims that other states are much better at creating jobs and that heavy regulation and pro-union policies limit economic growth are more likely to be depicted as GOP talking points than taken seriously. Instead of focusing on the impoverished masses, California journalists identify with the more contented Democratic factions — starting with socially liberal urban professionals.

Serious intellectual arguments out of academia are also rarely examined. When it comes to income inequality, plenty of economists believe that the presence of relatively low-skilled illegal immigrants limits the job prospects and depresses the wages of relatively low-skilled legal residents. But those who actually offer this empirical argument are more likely to receive media coverage hinting they are racist than have their points be given respectful and serious consideration.

OK, OK, OK, I know — those last two paragraphs of mine were pure fantasy. The media will never take a self-critical look.

But the first three paragraphs? I’ve never seen anything like them on the news pages of a California publication.

Instead of talking about mass poverty and who’s responsible for it and what can be done to alleviate it, the reporters and editors in Golden State newsrooms would rather focus on dysfunction in the politically marginalized state GOP.

What about the people in charge? Yunno, the Democrats?

The media will happily do think pieces about how the current state Senate corruption scandals may hurt the Dem brand. But what about the much more important problem of being a state in which nearly one-quarter of the people live in poverty?

Somehow, that’s not a story.