Californians: Government is a ripoff 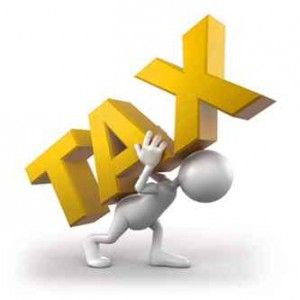 [1]I’ve been wondering when most people would figure out that government is nothing but a ripoff, with the swag going to billionaire crony capitalists and highly paid public “servants.” As the dreaded April 15 approaches, when government gets serious about the thumb screws and water torture to get our money, reality has shocked awake many Californians.

Mark Baldassare writes [2]of a new poll by the Public Policy Institute of California, which he heads:

As the April 15 deadline for filing taxes looms, we asked Californians in the latest PPIC Statewide Survey how they view their state and local tax burden. Their responses point to a disconnect between public opinion and the views of many fiscal reformers.

Further, a record-low 50 percent of Californians say that the present state and local tax system is very or moderately fair. In contrast, 57 percent said it was at least moderately fair two years ago. Across income categories today, perceptions of the fairness hover around 50 percent.

Baldassare said one reason the for the change is that Proposition 30[3] raised the sales tax a quarter cent, soaking all taxpayers, including the poor and the middle class, for an extra $1 billion a year. It also raised the tax on “millionaires” — defined in California as middle-class folks making $250,000 a year — grabbing another $6 billion a year.

And for what? The schools and roads remain among the worst in the country.

The extra tax dollars ensure that the pensions for retired state and local government workers remain the highest in the country, with 12,388 now enjoying the Lucullan [4]luxury of the “100K Club”[5] — those raking in $100,000 or higher pension payments a year. The highest is Michael D. Johnson, formerly of the County of Solano, who pulls down $371,043 a year. That’s more than double Gov. Jerry Brown’s salary of $165,228.

But Californians appear to have little interest in changing the tax system in ways that may impact their pocketbooks. Among four types of state taxes that we asked about in our March 2014 survey, six in 10 oppose extending the sales tax to services that are not currently taxed, and fewer than half favor extending the sales tax to services even if it means lowering the overall state sales tax rate. However, six in 10 would support raising income taxes on the wealthy, while about half favor raising state taxes paid by California corporations.

That reminds me of the old libertarian saw, “Don’t tax you. Don’t tax me. Tax that fellow behind the tree.”

And the public-employee unions might take heart from that poll result and start plumping for more taxes on those greedy rich folks and corporations, who once again need to “give back” more.

So Californians still don’t know all “the true gen” (intelligence), as old Hemingway used to say.

But they’re catching on.