Why CA has an affordable housing crisis 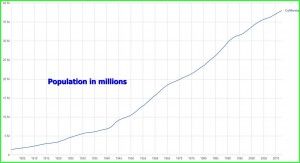 [1]What a long strange trip it’s been for the Pebble Beach Company[2] since it unveiled its Del Monte Forest development plan all the way back in 1987.

In the ensuing 27 years, PBC has revised its plan innumerable times only to have state regulators or local government bodies block the company from breaking ground on any construction project on any of the undeveloped land it owned.

There was a breakthrough in 2012 when PBC cut a deal with the California Coastal Commission[3] that allowed the company to build 90 homes (as well as a 100-room hotel) in exchange for permanently preserving 635 acres of forest land it owned.

The Monterey County Board of Supervisors also approved the development plan, with the stipulation that PBC build a small affordable housing project[4] (as opposed to paying an “in lieu” fee of $5 million, with which the county could build the affordable housing itself).

Two years later, PBC still hasn’t built the affordable housing project the county ordered. Not because the company has not acted in good faith. But because a citizens group – Del Monte Neighbors United[5] – is determined to keep the 24-unit rental townhouse project from being built anywhere near their backyards.

It’s not that the citizens group is opposed to affordable housing, its members insist. It’s just that PBC’s townhouse project “is not in keeping with the single-family zoning and rural-lane, forested character of adjacent neighborhoods,” they explain.

And there’s one other issue, they say: The complex “will have a negative impact on property values of adjacent properties to the detriment of individual property owners and the community.”

This is why California has the least affordable housing on the United States mainland, according a recent report by the National Low Income Housing Coalition[6]. It’s why an average household here in the Golden State requires annual earnings of $54,168 to afford a two-bedroom rental home.

Land use restrictions and mandates by both state and local government grossly inflate the cost of market-rate housing. And nimbyism by activist neighborhood groups limits the supply of affordable housing available to households with yearly income less than $54,168.

Yet the state’s population continues to grow at 1 percent a year, according to the U.S. Census Bureau[7], and now stands at 38 million. (Click on the chart above.)

Monterey County has an opportunity to break that vicious cycle when Pebble Beach Company’s planned affordable housing project comes up for consideration by its Board of Supervisors.

In January, the county’s Housing Advisory Committee recommended that board members give PBC its long-awaited go-ahead[8] to break ground on the modest 12-unit development.

It remains to be seen if the board backs up the affordable housing mandate it imposed on PCB or if the majority of supervisors bow to the obstructionist citizens group Del Monte Neighbors United.