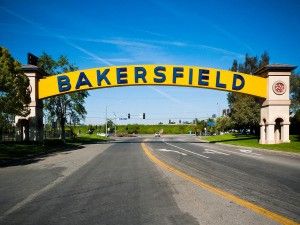 [1]What cities can California look to for jobs growth to pull it out of its laggard growth since the 2008 economic recession?

A new online economic tracking tool called Metro Monitor[2] by the Brookings Institution ranks metropolitan areas in the United States by jobs growth before the recession and during the recovery, then calculates the net gain (or loss).  By entering any large metropolitan area in the Metro Monitor database, you can see how it compares with the rest of the country.

The Metro Monitor tool shows the top five large cities in jobs growth are all located in Texas and Oklahoma.  Most of the jobs growth in these cities is due to the booming oil and gas industry and the fracking technology revolution. Both states also have low taxes and pro-business regulatory environments.

Only one metropolitan area in California is ranked in the top 10 for jobs growth.  The San Jose area — Silicon Valley — is ranked 8th mainly due to a 31.9 percent growth in jobs in the information and computer sectors.  The only other cities showing significant jobs growth in California are:

Below is a table based on the Metro Monitor data comparing the top five metro areas in the U.S. in job growth with the top five areas in California.  Underneath each ranking I have entered the economic sector that has produced the highest percentage of jobs growth in that area. So although information also is a high-growth area for Austin, Tex., oil and gas are even stronger.

In California, computer-related businesses are driving jobs growth in coastal cities such as San Jose and San Francisco.  In the jobs-lagging inland areas of the state, only Bakersfield shows significant jobs growth, mainly due to oil and gas drilling.

In the Texas oil country, it is oil and gas drilling that is producing the most new jobs. While in California’s inland areas (again excepting Bakersfield), it is the loss of jobs in mining and oil that has resulted in continued economic slow growth.

Five California Metro Areas at Bottom as to Jobs Growth

If there is a possible message contained in comparing the top five metro areas in the U.S. as to job gains with the bottom five areas in California as to jobs lost, it is this: the mining, oil and gas sector is a potential way to grow California’s the economy out of the straggling growth since the recession.

Tourism is leading a very modest California jobs recovery in percentage of job gains in the Sacramento, Riverside-San Bernardino and Stockton metro areas.  Agriculture is slowly catching up with jobs lost during the recession in the Fresno area (before the drought and water allocation cutbacks).  And in Modesto, it is trade, transportation and utilities that are showing the greatest percentage of jobs growth.

However, none of the California metro areas is experiencing the magnitude of blue-collar jobs boom that is occurring in the Texas-Oklahoma oil country. The only exception is the Bakersfield metro area that has experienced a 50.1 percent increase in mining, oil and gas jobs.

California policy makers are trying to grow jobs with public works projects under a managed economy.  By contrast, Texas and Oklahoma are relying on a market economy mainly in oil and gas drilling to create new jobs.

Ironically, California is sitting on top of one of the potentially largest oil and gas fields in the U.S., the Monterey Formation.  Last year, Gov. Jerry Brown signed into law a bill[3] that would allow limited fracking in the state, which should create some jobs in the crucial oil and gas sector.

However, the anti-fracking forces are out in force again this year. The state Senate Committee on Natural Resources and Water just passed SB 1132[4], by Sen. Mark Leno, D-San Francisco. It would place a moratorium on fracking until it is studied more.

The California Chamber of Commerce[5] also just released a list of 26 bills pending in the Legislature that would be “job killers,” including: