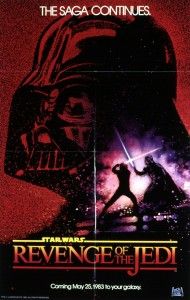 [1]If it were a movie, it might be called “Revenge of the JEDI[2]: the Redevelopment Empire Strikes Back.” It’s the California Jobs and Education Development Initiative[3] (JEDI), which would enable the revival of the 425 redevelopment agencies eliminated in 2011 by Gov. Jerry Brown[4] and the California Legislature.

The initiative liberalizes the definition of “blight” to include areas where the unemployment rate exceeds the national or statewide rate. That could result in 85 percent of California’s counties being declared blighted and eligible for redevelopment.

The initiative is spearheaded by Californians for Jobs and Economic Development. The group incorporated a year ago, according to corporationwiki[5], but it does not have a website.

Its president is Santa Ana’s mayor for the past 20 years, Miguel Pulido. He also happens to be under investigation by the state Fair Political Practices Commission[6] for allegedly profiting $197,000 from a real estate transaction in exchange for giving an auto parts store an exclusive city contract, according to the Los Angeles Times[7].

“Californians will be shocked to learn that taxpayer dollars that would otherwise go to public safety, parks and roads are being used to qualify a statewide initiative,” he said. “What’s more, the initiative is designed to make it easier for government to seize homes and small businesses by eminent domain so that it can be given to politically connected developers on the cheap … to build luxury hotels, golf courses and strip malls.”

Pittsburg Assistant City Manager Garrett Evans said that the city’s donation was not agendized because the city manager has the discretion to spend more than that amount, and that a council subcommittee had approved it.

“Through redevelopment, the City worked with industrial corporations to locate and expand in our community, meaning our job base and wages increased. Our downtown was vacant and empty when I began working here 17 years ago. Now it is vibrant and full with pedestrians and restaurants. Redevelopment is a local, community-based program. Local residents decide what they want to accomplish in their neighborhood through a public process and a redevelopment plan.”

Redevelopment agencies had been cash cows for cities, giving them an extra $5 billion from the $50 billion that Californians pay in property taxes annually, according to an LAO analysis[10] of the initiative. Much of the $5 billion would have gone to other governmental agencies, including fire departments, libraries and schools.

California’s unemployment rate has dropped to 8.5 percent from the 11.3 percent it was at when redevelopment agencies began to be dissolved in February 2012. Despite that, the initiative touts job creation as one of redevelopment’s main benefits.

The initiative makes the following assumptions:

A study commissioned by the California Redevelopment Association[12] concluded that redevelopment was responsible for the creation of about 304,000 jobs in 2006-07.

The LAO disputed that claim in a 2011 study[13] titled, “Should California End Redevelopment Agencies?” (The LAO’s answer was “yes.”)

“The independent research we reviewed found little evidence that redevelopment increases jobs. Studies in Illinois and Texas, for example, found that their redevelopment programs did little more than displace commercial activity that would have occurred elsewhere in the region.”

The LAO said that the CRA study “vastly overstates the employment effects of redevelopment areas” due to three flaws:

Time Structures[14], the research firm that performed the CRA study, wrote a point-by-point rebuttal [15]to the LAO’s contentions:

There is also a debate on whether the Jobs and Education Development Initiative would help education.

The LAO analysis of the initiative states that there would be no effect on schools in the short term because the schools’ funding deficit due to shifting fund back to redevelopment would be made up from the state general fund. “Therefore, the measure likely would increase state education costs by around $1 billion per year, but would have little or no net effect on nonbasic aid districts,” according to the LAO.

Over the long term, funding for some school and community college districts “could be reduced potentially by a few hundred million dollars to a few billion dollars per year,” the LAO states.

Responded the initiative’s campaign spokesman, Stu Mollrich[16], “We believe that the initiative will increase funding for education by stimulating job creation, which increases revenues for the state’s general fund.”

The League of California Cities[17] has not taken a position on the initiative, according to Executive Director Chris McKenzie. But if it passed, few organizations would be happier.

“We were big supporters of the former redevelopment program, which studies showed provided 300,000 private sector jobs and $2 billion in state and local tax revenue each year,” McKenzie said. “But it no longer exists, and most cities have had to devote countless hours and resources to the unfortunate dissolution process.”

The Institute for Justice[18], a pro-property rights law firm, released an analysis[19] that called the redevelopment initiative “one of the most significant expansions of government power in decades.”

“Redevelopment in California had nothing to do with creating jobs or improving education,” said IJ attorney Bill Maurer in a statement[20]. “Resurrecting it would endanger private property and undermine the state’s fiscal stability. … It would divert money from schools and community colleges and give it to unelected governmental agencies and their politically connected business allies. The governor and the state legislature were right to end this system in 2011.”

State Sen. Jim Nielsen[21], R-Gerber, agreed. “California property owners were finally able to rest easy once the governor did away with redevelopment agencies in 2011,” he said. “Reviving this system again exposes homes, small businesses and places of worship to eminent domain abuse.”

“Prior to being dissolved in 2011, redevelopment agencies turned California into one of the worst states in the nation for eminent domain abuse,” according to the IJ. “Tens of thousands of acres of property were declared blighted and subject to condemnation. Those displaced were often poor minorities and the elderly.”

The initiative needs 504,760 valid signatures to qualify for the ballot. Supporters have until July 21, 2014 to collect the signatures.