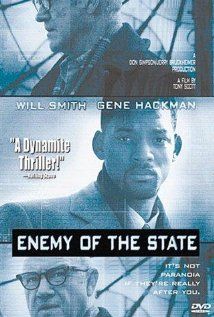 “Enemy of the State,” the 1998 movie about government using technology to track everyone, feels less like sci-fi all the time, especially if you live in Los Angeles County. This is from the scoop by the Center for Investigative Reporting[1]:

“COMPTON, Calif. – When sheriff’s deputies here noticed a burst of necklace snatchings from women walking through town, they turned to an unlikely source to help solve the crimes: a retired Air Force veteran named Ross McNutt.

“McNutt and his Ohio-based company, Persistent Surveillance Systems[2], persuaded the Los Angeles County Sheriff’s Department to use his surveillance technology to monitor Compton’s streets from the air and track suspects from the moment the snatching occurred.

“The system, known as wide-area surveillance, is something of a time machine – the entire city is filmed and recorded in real time. Imagine Google Earth with a rewind button and the ability to play back the movement of cars and people as they scurry about the city.

“’We literally watched all of Compton during the time that we were flying, so we could zoom in anywhere within the city of Compton and follow cars and see people,’ McNutt said. ‘Our goal was to basically jump to where reported crimes occurred and see what information we could generate that would help investigators solve the crimes.'”

A driver in L.A.? Consider yourself guilty by default 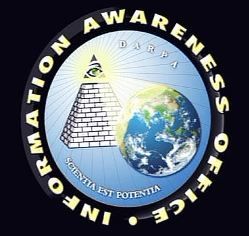 Officials’ appetite for knowing everything about everyone is hardly limited to what’s going on in Compton. This is what the Electronic Frontier Foundation reported on March 19:

“‘Do you drive a car in the greater Los Angeles Metropolitan area? According to the L.A. Police Department and L.A. Sheriff’s Department, your car is part of a vast criminal investigation.

“The agencies took a novel approach in the briefs they filed in EFF and the ACLU of Southern California’s California Public Records Act lawsuit seeking a week’s worth of Automatic License Plate Reader (ALPR) data. They have argued that ‘all [license plate] data is investigatory.’ The fact that it may never be associated with a specific crime doesn’t matter.

“This argument is completely counter to our criminal justice system, in which we assume law enforcement will not conduct an investigation unless there are some indicia of criminal activity. In fact, the Fourth Amendment was added to the U.S. Constitution exactly to prevent law enforcement from conducting mass, suspicionless investigations under ‘general warrants’ that targeted no specific person or place and never expired.

“ALPR systems operate in just this way. The cameras are not triggered by any suspicion of criminal wrongdoing; instead, they automatically and indiscriminately photograph all license plates (and cars) that come into view. This happens without an officer targeting a specific vehicle and without any level of criminal suspicion. The ALPR system immediately extracts the key data from the image — the plate number and time, date and location where it was captured — and runs that data against various hot lists. At the instant the plate is photographed not even the computer system itself — let alone the officer in the squad car — knows whether the plate is linked to criminal activity.

“Taken to an extreme, the agencies’ arguments would allow law enforcement to conduct around-the-clock surveillance on every aspect of our lives and store those records indefinitely on the off-chance they may aid in solving a crime at some previously undetermined date in the future. If the court accepts their arguments, the agencies would then be able to hide all this data from the public.”

Scary stuff. Remember Lord Acton, everyone: “All power tends to corrupt; absolute power corrupts absolutely.” To the extent that mass surveillance helps convey a sense of absolute power to those who see the vast information it provides, corruption related to government surveillance is likely to be a staple of our lives from now on.