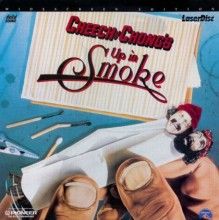 Faced with a growing chorus of concern among municipalities, California legislators are about to consider an innovative approach to the regulation of marijuana — tightening standards for the prescription and supply of medical-use pot. Though one new bill offers what looks like a common-sense approach, it raises serious questions about whether its measures are simply too late in the game to address the root issues surrounding the medicalization of marijuana.

Californians broadly share a sense that the current regime isn’t adequate. As Laura Olson reports[1] in the Orange County Register, state Sen. Lou Correa, D-Santa Ana, is advancing an approach pushed by the California Police Chiefs Association and the League of California Cities, marking the first time either organization has proposed any regulatory framework aside from outright criminalization.

Marijuana advocates count that as a “major breakthrough,” as Dale Gieringer, California director for the National Organization for the Reform of Marijuana Laws, told[2] the Sacramento Bee. They’re concerned, however, that Correa’s bill creates more problems than it resolves. Key to the proposed legislation is a substantial new regulatory regime, involving state audits of doctors and mandatory medical recommendations or referrals for pot users.

With in-state support for more legal pot now hovering around 60 percent[3], California is at a crossroads. Though decriminalization is often portrayed as a radical alternative to prohibition, it too involves greater regulation and bureaucratic control. Whatever the wisdom of either approach, however, the extralegal use of marijuana is now so robust that toughening up “medical” pot laws may be an exercise in futility.

Pot prohibition has a long, complicated and revealing history. As the late Charles Whitebread, professor of law at the University of Southern California, liked to explain[4], prohibition was a decades-long process involving just as much ignorance and hysteria as sound science — if not more.

Nevertheless, as Americans grow increasingly willing to consider liberalizing marijuana laws, the most important question facing voters, regulators and officeholders concerns the future of pot, not its past. Yet if the origins of marijuana prohibition point to one sort of nonsense, contemporary trends toward decriminalization have laid bare an absurdity of a different kind.

For decades, it has been true in America that if something can be defined as medicine, it can swiftly be defined as good. The explosive growth of prescription drug use has fueled concerns around drugs ranging from Prozac in the early 1990s to Oxycontin in more recent years.

The potential for prescription drug abuse is massive. But the mass consumption of these drugs, like the industry that supplies them, is basically unassailable. There is no political room for those who would presume to deprive Americans of the medicine they need to ameliorate their suffering.

That’s exactly how marijuana has managed to push its way back into the mainstream. In the latest advance, as The Washington Post documents, the so-called “mommy lobby” is now playing a pivotal role in influencing legislators, with emotional, TV-ready testimony about the pot they say[5] their sick kids require. Rather than the natural quality of marijuana, its comparatively mild effects, and its more limited harm to health versus other intoxicants, including alcohol, marijuana decriminalization has ridden in on the potent claim that if it helps people who are badly hurting, so it must not be withheld by law.

However insightful or humane that belief may be, it has swiftly produced the kind of unintended consequences that economic and social theory readily predict. Not only have Americans’ experiences with medical pot opened the door for decriminalizing non-medical use everywhere from Colorado to Washington, D.C.; the definition of “medical” use has almost completely escaped the reach of legislators and regulators. Marijuana dispensaries are flourishing under the most slim and vague of medical pretexts.

That’s why California’s police chiefs and cities want to tighten up the state’s permissive medical marijuana regime. Pot may now be so prevalent, however, that tougher enforcement will simply exacerbate the problem of a flourishing black and gray market. Instead of a challenge like keeping, say, cocaine use down, cracking down on “medical” pot may be much more akin to the daunting task of alcohol prohibition.

Cities up in smoke

With levels of use this high, policymakers are poised to discover that neither outright prohibition nor tougher dispensary laws may deliver the results they want, for the costs they’re willing to pay. At that point, the case for using government to fight marijuana use may fall back simply on moral claims about cultural dynamism and the character of the people.

Gov. Jerry Brown focused on precisely that issue in an interview aired on Meet The Press[8]. Citing “a tendency to go to extremes,” he asked, “How many people can get stoned and still have a great state or a great nation?”