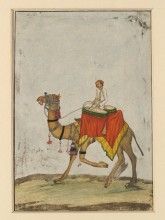 So if you’re a full-time worker in the private sector, such as yours truly, you’re supporting 1.7 people getting some sort of government check, whether government workers, welfare recipients, private contractors to governments, etc.

No wonder taxes are so high.

“As more baby boomers retire, and as Obamacare comes fully online — with its expanded Medicaid rolls and federally subsidized health insurance for anyone earning less than 400 percent of the poverty level — the number of takers will inevitably expand. And the number of full-time private-sector workers might also contract.

“Eventually, there will be too few carrying too many, and America will break.”

And let’s throw in a number I’ve noted before: the $200 trillion in unfunded liabilities of the U.S. government, mainly for Social Security and Medicare, as calculated [3]by Boston University economist Laurence Kotlikoff.

Looks like we’re near the “tipping point,” to use a phrase popular today — or the point where the straw breaks the camel’s back, as people used to say.