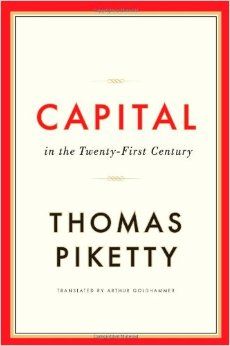 It may seem wonky and obscure now, but I bet it’s going to emerge as a strong, enduring counterpunch to Proposition 13 critics. I refer to the fact that French economist Thomas Piketty — the hottest[1], in the media sense, social scientist of modern times — thinks that property taxes that rise in tandem with a home’s value amount to “a secret tax on America’s middle class.” Howard Jarvis is beaming somewhere, and Jon Coupal should be smiling, too.

Who is Piketty and why does he matter? His 700-page book, “Capital in the Twenty-First Century,” newly translated into English, is the best-selling book[2] on Amazon. No largely academic book has ever achieved this distinction before.

Piketty’s central thesis is that the world has returned to its pre-World War I norms of extended periods of slow growth that will result in a further stratification of wealth in which the 0.1 percent fare better than everyone else. This is not because of the Occupy theory that the economy is rigged in an evil way to help them. It’s because of Piketty’s theory that during extended periods of slow growth, the mega rich will see their sophisticated investments in capital (stocks and other financial instruments) gain more share of a society’s wealth than everyone else accumulates through their earnings (salaries).

Many economists on the left love this thesis as providing a grand theoretical way to understand how the world has come to be the way it is — a way they don’t like. Paul Krugman leads the way[3], proclaiming, “This is a book that will change both the way we think about society and the way we do economics.”

It’s gotten respectful reviews from some free-market economists, and some pretty good takedowns, starting with Tyler Cowen’s essay[4]. (Here’s a round-up[5] of links.)

But whether you think it’s hooey or too high-falutin’ or just arcane, if you’re a believer in Proposition 13, Piketty’s emergence gives you fabulous ammo with which to shoot back at the George Skeltons, Peter Schrags and Harold Meyersons — all the lefty pundits[6] who say it is the prime evil force driving California’s downfall. Piketty says states that have property taxes that penalize homowners if their homes increase in value are imposing what amounts to “America’s secret middle-class tax.”

Property taxes (outside of CA) a ‘secret middle-class tax’ 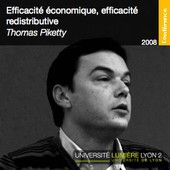 This is from a Matt Yglesias piece[7] in Vox:

“Piketty’s big point about the United States is that we actually do engage in substantial wealth taxation in this country. We call it property taxes, and they’re primarily paid to state and local governments. Total receipts amount to about 3 percent of national income. The burden of the tax falls largely on middle-class families, for whom a home is likely to be far and away the most valuable asset that they own. Rich people, of course, own expensive houses (sometimes two or three of them) but also accumulate considerable wealth in the stock market and elsewhere where, unlike homeowners’ equity, it can evade taxation.

“Piketty also observes that the current property tax system is curiously innocent of the significance of debt. A homeowner is taxed on the face-value of his house, whether he owns it outright or owes more to the bank than the house is worth.”

So the next time you face Prop 13 critics, call them “middle-class haters,” and say that’s the view of Paul Krugman’s favorite economist, too. If Piketty’s PR boomlet[8] continues, you can just use his name and skip the Krugman framing.

With or without Piketty, noting that homes are the single biggest repository of reliable wealth for most middle-class families is a strong defense. But if Piketty proves to be the enduring “rock star”[9] of the progressive community that many lefties think, that gives this pro-13 argument way more juice.

Doubt Piketty is the big deal that I say he is? Today’s NYT opinion page has both Krugman[10] and David Brooks[11] weighing in on his book.