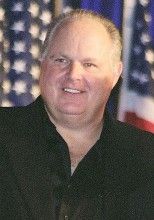 I was listening to Rush Limbaugh this morning. He was blaming voters for installing President Obama in the Oval Office.

But he missed a step. Shouldn’t we first be blaming himself and other Republicans for nominating such duds as the Bushes, McCain and Romney?

More than 50 years ago, JFK used to ask of Republicans, “Where do they get these candidates?”

Despite all the changes in the past five decades, that hasn’t changed.

And Kennedy didn’t mean the great Barry Goldwater, whom he was friends with from their Senate days. The two pals planned to hold a series of debates around the country during the 1964 election, but JFK was shot. He was succeeded by LBJ, who refused to debate Goldwater and ran one of the most vicious campaigns in history, especially the infamous “Daisy” Mushroom Commercial [1]that Bill Moyers (yes, the PBS guy — he’s always lived off our tax money) ginned up.

Anyway, if they want to win, Republicans obviously need to start again nominating candidates in the Goldwater-Reagan mold.