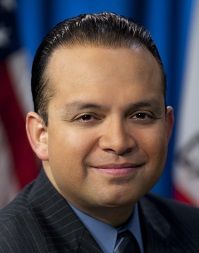 The increasing rift between Latino and Asian Democrats over Latinos’ newly revived interest in gutting Proposition 209 took a funny twist in the Sacramento Bee[1]. So much for the Rainbow Coalition — it turns out that one lawmaker thinks Asian-Americans are no longer “of color”:

“When Luis Alejo applied to college at the University of California, Berkeley, admissions counselors could consider his race; when he applied to law school, it had become invisible.

“It was only after a string of rejections led him to beg for a face-to-face interview with an admissions officer, Alejo said, that he won a spot at the University of California, Davis, law school, launching a career that in 2010 elevated him to the state Assembly.

“The year Alejo was preparing for law school, voters altered his prospects by passing Proposition 209, California’s ban on race-inclusive admissions policies. Alejo and others unsuccessfully fought the initiative, a losing battle that he described as a formative political experience.

“’All our fears came true,’ said Alejo, a Democrat from Watsonville. ‘Once it went into effect, we saw dramatic drops in the numbers of students of color being able to attend some of our most prestigious graduate and professional schools.’”

But of course there haven’t been overall “dramatic drops” of “students of color” if you include Asian-Americans. They are the largest ethnic group at UC campuses — 35 percent at UC Berkeley and 33 percent at UCLA.

This is delicious and obnoxious at the same time.

What makes it delicious is that Alejo’s omission of Asian-Americans from “students of color” status so undercuts majority Democrats’ attempts to stop the Latino-Asian rift from growing.

What makes it obnoxious is that Alejo acts as if he holds the moral high ground in advocating for a return to UC admissions policies that punished Asian-American students with de facto quotas — in the name of atoning for white racism.