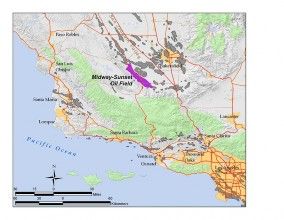 The Senate Education Committee[1] last week approved a $2 billion tax hike on California’s oil industry that critics say would drive up energy costs and push businesses out of state. Proponents of Senate Bill 1017[2] tout the additional revenue it will provide for higher education, parks and social services.

“I’m authoring this bill because California is the only major oil producer in the world which does not collect taxes on oil production,” Sen. Noreen Evans[3], D-Santa Rosa, told the committee on April 24. “As a result, California is losing out on billions of dollars in revenue, amounting to massive subsidies for big oil companies. And as result, our children are suffering.

“I’m authoring the bill because California can no longer afford to leave revenues on the table when the exploitation of California resources by oil companies is reaping huge profits for them. And this is a time when we are forcing our children into debt to pay for their own education. And it is indefensible for California to continue subsidizing the oil companies.”

Taxes on top of taxes

The bill imposes a 9.5 percent tax on oil and gas extracted in California.

Evans said that the total taxation on the oil industry in California was $4.20 per barrel, versus $14.33 in Texas, according to 2011 data from the Franchise Tax Board[4] and the Board of Equalization[5].

The current global market price of crude oil[6] is just under $100 a barrel.

She argued that the tax will not be passed on to consumers because “oil prices fluctuate according to the global market. The fact is that this bill will not affect prices at the pump.”

Evans acknowledged that Californians recently agreed to tax themselves extra through Proposition 30[7], but pointed out the tax ends in 2017.

“It is not a permanent solution to California’s revenue problem,” she said of Prop. 30. “One of the solutions is in this bill. Enact an oil severance tax on large oil companies to help strengthen our economy. Oil companies had a record profit of $137 billion in 2011. And it is time for them to pay their fair share.”

However, opponents of the tax point out that oil drillers already are paying sales, property, business income and ad valorem taxes. And such taxes are among the highest in the country. So when all those taxes are added up, today the state is in the middle of the pack for oil taxation among the country’s 10 largest oil-producing states, according to a 2008 study[8]. A 9.9 percent oil severance tax would shoot California to the top of the oil taxation list.

The bill lays out the need for increased funding for higher education in California:

Jefferson McGee[9], representing the Sacramento chapter of the Alliance of Californians for Community Empowerment[10], spoke against Big Oil.

“Taxing  Big Oil is the right thing to do,” he said. “California is the fourth largest oil-producing state, and the only major oil producer to not tax Big Oil for extraction. For some reason Big Oil has been given a pass here. Especially frustrating is the fact that California is a major profit center for Big Oil. They made nearly $20 billion in profit in California last year alone.

“The oil industry with their immense profits should be required to pay for our natural resources and also reinvest in the state that allows them to make so much profit. We know the oil lobby in California is strong. And they aren’t afraid to spend money to keep their profits high and their taxes as low as possible. I would like to urge all of the senators to stand with their constituents who desperately need the $2 billion in revenue this tax would provide.”

Several students asked the committee to support the bill.

“For many middle-class students such as myself, the CSU is really the only financially viable way for us to obtain the degree that many of the jobs in our state’s workforce will require us to have,” said Shawn Kiernan[11], a senior at CSU Fresno.

Opponents of the bill agreed with the need for more education funding. But they said it shouldn’t come at the expense of the oil industry.

Kern County would be hard hit

Opponents also pointed out the tax would come at the expense of one area, Kern County, which produces more than 70 percent of California’s oil and more than 60 percent of its natural gas, according to Kern County Supervisor David Couch[12]. He said 12,000 people are employed in the oil industry in his county.

“Not only is Kern County’s oil and natural gas important to California, it is the lifeblood of Kern County and our economy,” said Couch. “The nearly 10 percent severance tax would cost thousands of jobs in California.

“Besides the loss of good paying jobs, the tax proposed in SB1017 would depress the value of the petroleum properties by approximately $2.7 billion. Meaning county government and local schools would suffer reduced property taxes each year of about $27 million. We do not think it’s fair to ask the people in Kern County to shoulder the burden of financing these statewide institutions that benefit all Californians.

“We are not opposed to more funding for education. We are opposed to the mechanism. It’s very similar to the so-called ‘sin taxes’ on alcohol and tobacco. Except that in Kern County our sin is apparently producing the oil and gas on which 96 percent of California vehicles depend.”

“The idea that we can add a 10 percent tax and all things will remain the same – the level of production, the level of investment in California – is fundamentally wrong,” he said. “There are right now in the United States, domestically, a number of opportunities that are available to oil producers.”

Garcia suggested that state legislators may be conflicted over oil.

“We have a bit of schizophrenia over oil production in California,” he said. “We don’t want it, but we want the revenue. You can’t have both. That is our basic concern with this approach is we want more money, but we are not looking at the regulatory structure, the cost of producing oil in California. Those all have to be considered together.

John Kabateck, executive director of the National Federation of Independent Business/California[14], told the committee that the oil tax would add “to the uncertainty on Main Street. Small business owners … right now are facing not only the highest gas taxes but the highest sales and income taxes and most egregious regulations in the state and lawsuit abuse. So uncertainty is understandable. A new tax right now, this is not just hitting the Big Oil community. This is absolutely passed along to small businesses.

“We’ve seen manufacturing investment and employment decline severely over the past several decades,” she said. “Part of the reason is high energy cost, high tax rates. This new tax is unnecessary. We need to send the signal to investors out there that California is the place you want to come and put your money in the ground. We want to rebuild the industrial base of the state. This bill goes in the wrong direction.”

“It’s a noble issue to find a dedicated source for education,” he said. “But this is also deemed by the Legislative Analyst as a volatile source of revenue. We already have a volatile source of revenue, which is the basis of our whole budget – we tax the top 1 percent [of income earners] very high. We tax other things that are volatile, capital gains. So it gives us that boom-bust that makes it very difficult to feed a government program one year and then have to cut it back the next. This would exacerbate that problem.”

He was referring to a 2011 LAO analysis[16], which found, “A wide range of revenues, however, is possible due to the wide fluctuation in oil and gas prices.”

Huff continued, “I believe higher education is something that we need to figure, ‘Is this a priority? Are we going to fund it at a higher level than we are now?’ And if the answer is yes, then … we work on growing jobs, we work on creating revenues in ways that creates a growing job base, growing revenue base, rather than punishing a single industry and driving oil production out of state.”

Democrats on the education committee supported the bill’s cash infusion for higher education, voting 5-3 to approve SB1017. Sen. Cathleen Galgiana[17], D-Stockton, was the only Democrat to join Huff and Sen. Mark Wyland[18], R-Escondido, in opposition.

The oil severance tax bill has become a legislative perennial over the past six years. Previous incarnations have either not made it out of committees, failed passage in the Assembly or been vetoed.

SB1017, if it makes it through the Legislature this year, could also wind up on the chopping block if Gov. Jerry Brown follows through on his response to a question about the oil severance tax at a Jan. 9 press conference[19].

“I don’t think this is the year for new taxes,” he said. “I went up and down the state campaigning for Proposition 30. I said it was temporary. It is going to be temporary. And I just think we ought to do everything we can to learn to live within our means before going back again and trying to get more taxes.”

Brown is running for re-election and the June primary is a month away.

SB1017 next goes to the Senate Governance and Finance Committee[20].