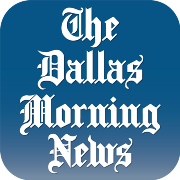 Monday’s announcement that Toyota is moving its North American headquarters from Torrance to the suburbs of Dallas prompted the usual schizophrenic approach in California:  Some editorial writers and pundits lamented the loss of 3,000 middle-class jobs, but Gov. Jerry Brown could not have cared less. In the comments sections of many newspapers and blogs, however, lefty defenders of the California status quo did the usual, trashing Texas as a terrible place to live. What does that have to do with helping maintain California jobs? Or helping the state’s economy? Nothing.

Meanwhile, in Texas, they’re chortling — mildly, not meanly — at our expense. This is from a Dallas Morning News editorial[1]:

“Any way you slice it, Toyota’s decision to consolidate operations in North Texas is a huge coup. …

“Some might not be comfortable with the idea of states wooing companies with wayward eyes from other states. But that is the way the game is played these days. States compete to attract and retain companies; those slow off the mark stand to lose major development opportunities.”

The DMN coverage also provided important context: Toyota didn’t just want out of California so it could be close to its manufacturing facilities in the South. This is one of the points brought up those who say this as no big deal. Toyota was also considering … Colorado! Not exactly home to a lot people who say “y’all.”

“Toyota wanted out of California for many reasons: high taxes, steep operations costs and unpredictable state politics. The automaker reportedly had kicked the tires on several locations in Texas as well as in Denver, Atlanta and Charlotte, N.C. And Toyota’s not the only one racing for the exits. In recent years, more than 250 companies have bolted from California, and relocation experts in that state say Texas was their No. 1 destination.

“’When you look at the whole package, it’s difficult to be a business here,’ said Torrance Mayor Frank Scotto, whose city is the big job loser in Toyota’s move to North Texas. … 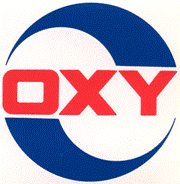 “As companies leave California, many are finding new homes in Texas. Here are some of the latest announced moves:

” • Occidental Petroleum Corp. moving a portion of its operation from Los Angeles to Houston.

They won’t be the last. As I wrote in the U-T San Diego, it’s a metaphysical certainly that more big companies will leave a state that is indifferent to their presence for states that actually believe it is a good thing to help the private sector.