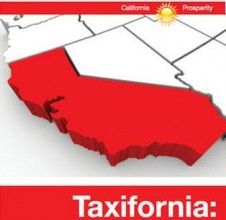 Just days after Toyota announced plans to move its corporate headquarters to Texas[1], the California Senate is poised to adopt a bill that would create a split-roll parcel tax system.

SB1021 is essentially split-roll at the local level, Jennifer Barrera, a policy advocate for the California Chamber of Commerce, explained on CalChamber’s website[3]. It would allow school districts to pass parcel taxes just against commercial property.

The bill comes in response to a controversial parcel tax adopted in Alameda County that was ultimately thrown out by the courts. In 2008, more than two-thirds of Alameda County voters approved Measure H[4], which imposed a $120 parcel tax on residential and small commercial properties and a substantially higher parcel tax — up to $9,500 a year — on large commercial parcels.

Last June, a unanimous state appeals court overturned the parcel tax. In Borikas v. Alameda Unified School District[5], the First District Court of Appeal in San Francisco found that the parcel tax violated the requirement that taxes “apply uniformly to all taxpayers or all real property within the district.”

The bill’s author said that the issue is one of local control, granting local districts the power to set different tax rates for each community’s needs.

“Under the recent court decision, school districts can no longer apply higher or lower rates to parcels based on commercial, industrial, or residential classification of the parcel,” Wolk’s office argued, according to the Senate’s legislative analysis[6]. “SB1021 restores this needed local control by allowing school district boards to structure its tax according to local values and priorities.”

“At a time when California officials should be doing everything in their power to attract and retain jobs, this legislation takes exactly the opposite approach by targeting employers for even higher taxes if they stay here,” said David Kline, vice-president of the California Taxpayers Association. “This bill would allow a free-for-all parcel tax system, with no limits on what rates school districts could levy, and would create opportunities for massive tax hikes targeted at businesses of all sizes.”

The state’s business leaders and taxpayer advocates also say the bill is an end run around Proposition 13[9], the state’s landmark 1978 initiative that placed a cap on property taxes. With other “add-on” property taxes and fees, such as parcel taxes, Mello-Roos fees, and assessment districts, many property owners pay substantially more than Prop. 13’s base rate of 1 percent of the property’s value.

In addition to applying different tax rates to commercial and residential properties, SB1021 authorizes school districts to target individual owners for higher tax rates. Under the bill, school districts would be allowed to treat multiple parcels of real property as one parcel for tax purposes.

“Under this provision, a school district could aggregate multiple, smaller parcels owned by one owner to capture all the properties under a square footage parcel tax,” CalChamber warned in a recent legislative alert[10]. “Additionally, a school district could impose a parcel tax based upon the use of one parcel within multiple parcels owned by the same owner, even if those other parcels are not used for the same purpose.”

Despite recent national headlines of the state’s declining business climate, the legislature is expected to pass the bill, in part because it only requires majority approval of the Legislature. Traditionally, most tax increases are subject to two-thirds approval. However, SB1021 isn’t technically a tax increase, according to the legislature’s attorneys.

However, Gov. Jerry Brown is running for re-election and likely would veto the tax increase. In his 2010 campaign, he promised that no new taxes would be imposed without voter approval. And when he campaigned for Proposition 30[11], which increased taxes $7 billion, he insisted it would be temporary. SB1021 would allow permanent tax increases.