Longevity breakthroughs make gov pensions even more of a gold mine 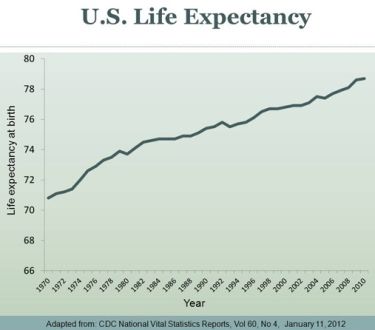 On Sunday the Drudge Report sent Twitter abuzz with the report of a hugely significant breakthrough[1] on aging and longevity:

“It may seem the stuff of gothic horror novels, but transfusions of young blood could reverse the ageing process and even cure Alzheimer’s Disease, scientists believe. …

“In parallel research, scientists at Harvard University also discovered that a ‘youth protein’ which circulates in the blood is responsible for keeping the brain and muscles young and strong.”

We can expect to see a Manhattan Project-sized push to be able to make synthetic enriched blood in coming years.

When a lifetime pension means 50 years on the dole 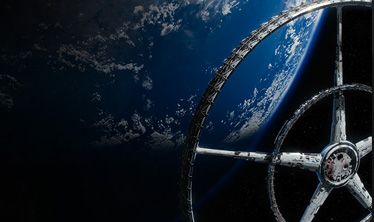 It may seem strange to see such stories and consider them through the prism of public policy disputes. The wonk in me can’t help it. What about the implications of lifetime pensions if the average CalPERS pensioner lives to 100 or more?  I wrote about this for Cal Watchdog last September[2]:

“Barring a change in benefits or a dramatic increase in the minimum retirement age, public employees would enjoy an advantage so pronounced that it would be somewhat akin to that owned by the privileged elite who live in a satellite colony rotating around a decaying Earth in the science-fiction film ‘Elysium.'”

If we really did have giant life-expectancy gains, or course that would have a million effects beyond government pensions. But if that means we have a society with a life expectancy of 100 in which Social Security and Medicare are supposed to provide enough sustenance to people over 67 so they don’t have to work, then …

“… it is impossible to conceive of a federal budget in anything even vaguely resembling its present form.

“The main hope of averting fiscal disaster then might be what economics writer Matt Yglesias and some futurists call the emergence of a ‘post-scarcity’ world[3] — one in which combinations of technology have sharply reduced the cost of material goods.

“But if praying for a ‘post-scarcity’ world is the best that most private-sector workers can do in contemplating how they’ll fare in a California with life expectancy of 100, that’s a striking contrast to the outlook of government workers. They can look forward to three or four decades of retired life at 75 percent to 90 percent of their final pay. The rest of us? We can pray our reverse mortgages prop up our lifestyles for a while before we’re forced to mooch off our children or to move into a new urban phenomenon: slums for the elderly.”

This is a wildly exciting time to be alive, all belly-aching about pensions aside. If there is a “post-scarcity” world, California is likely to come up with many of the key tools as biotech, computer sciences and nanotech intersect to produce a science-fiction-feeling 21st century.