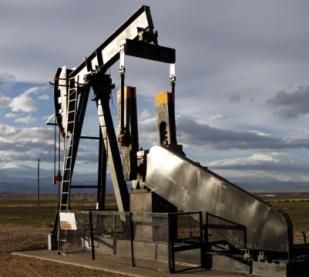 The new federal report sharply reducing the amount of oil believed to be “technically recoverable” in California’s Monterey Shale triggered glee among the greens who hate fossil fuels. But as the Bakersfield Californian reported, oil companies hardly saw the report as a game-changer in their pursuit of the black gold beneath the Central Valley and some coastal counties. Why? Because of this context[1]:

“Thirty years ago, energy companies began drilling for natural gas in the Barnett Shale, a huge underground formation in Central Texas. Their high hopes were not shared by the U.S. Geological Survey, which estimated only 1 trillion to 3 trillion cubic feet of natural gas were ‘technically recoverable’ in Barnett. For more than a decade, this skepticism seemed dead-on.

“But then increasing refinements to an old drilling technique known as hydraulic fracturing demolished assumptions about what was ‘technically recoverable.’ By 2003, nearly 1,800 wells had successfully tapped the Barnett Shale, triggering an economic boom that continues to enrich Texas to this day.

That’s from my U-T San Diego editorial. Here’s some more:

“[Energy firms] remember what was said about the Barnett Shale — and they know that because of technological gains, hydraulic fracturing just keeps getting more and more effective. In hydraulic fracturing, or fracking, giant underground water cannons are used to pulverize rock formations that block access to oil and natural gas reserves. With every passing year, energy companies are able to more precisely map underground drilling areas — and aim their water cannons — using the equivalent of immense MRIs.”

I know California’s underground geology is so fractured because of seismic activity that experts say it will be much more difficult to access oil and natural gas reserves than in North Dakota or Texas. But it seems a decent bet that the biggest obstacle to fracking in California remains not our geology but the intense opposition by enviros — which is greatly aided by the bizarre refusal of the California media to acknowledge that the greenest president in history considers it safe.

If the CA fracking debate built off the understanding that the Obama administration has repeatedly attested to its safety, the tone of the debate would be much different. Green true believers wouldn’t change their minds. But lots of moderates — and lots of poor people tired of living in the state with the nation’s highest poverty rate — might take a fresh look at fracking.