Kashkari is the GOP establishment’s choice 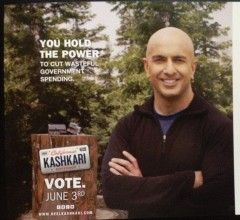 I just got another flyer from Neil Kashkari, the fourth so far. See the images below. It’s similar to the first flyer, which I wrote about earlier[1].

Flyers from Tim Donnelly: None so far.

I’m not a fan of either. I can’t figure out how Donnelly supported redevelopment, which means using eminent domain to seize the property of homeowners and small businesses, to give it to Big Box stores.

But this comes down to the old liberal Establishment vs. conservative grassroots fight in the GOP:

This time, Donnelly is the grassroots conservative. And Kashkari is the obvious Establishment choice, despite his flyers labeling him a “conservative.” Amusingly, the new flyer says Kashkari is “ENDORSED BY FELLOW CONSERVATIVE LEADERS,” including “Governor Mitt Romney” and “Governor Pete Wilson.”

Romney, of course, created Romneycare in Massachusetts, which was the model for Obamacare.

As to Wilson, I remember the battle he had with conservative Republicans in 1991 over his then-record $7 billion tax increase. Along with the majority Democrats in both houses of the Legislature, he needed a handful of Republicans for the two-thirds vote needed. Ed Mendel recounted what happened[7]:

“At one point during the Grass Valley meeting, an angry Wilson warned Assembly Republicans they would become “(bleeping) irrelevant” if they did not vote for the tax increase. Afterward, some conservatives appeared on the Assembly floor sporting lapel buttons emblazoned with two big letters: FI.”

The difference is that now they’re all irrelevant. There’s little chance of the Republican winning anything. In the Top Two primary Tuesday, No. 1 will be Jerry Brown, who will wipe out No. 2 in November. 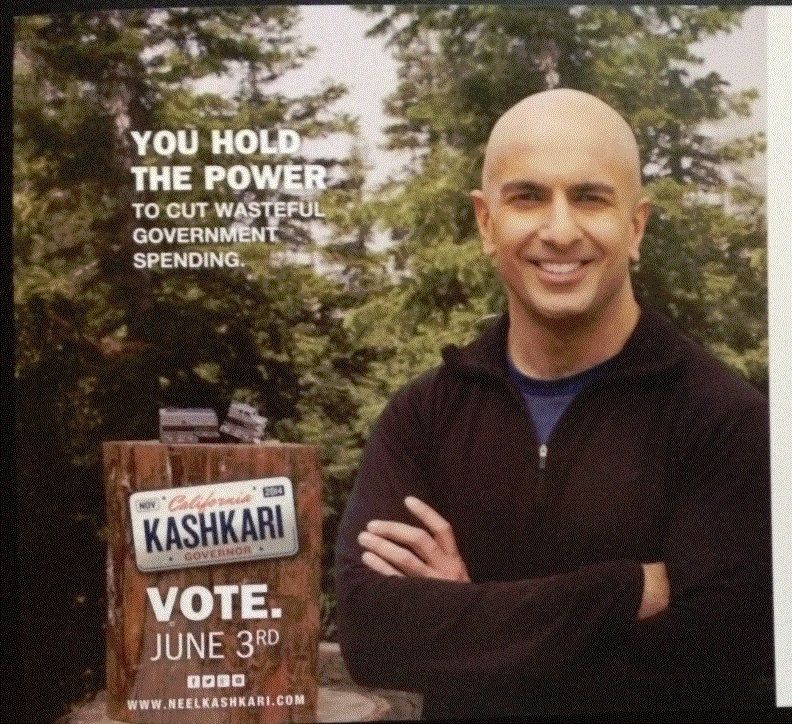 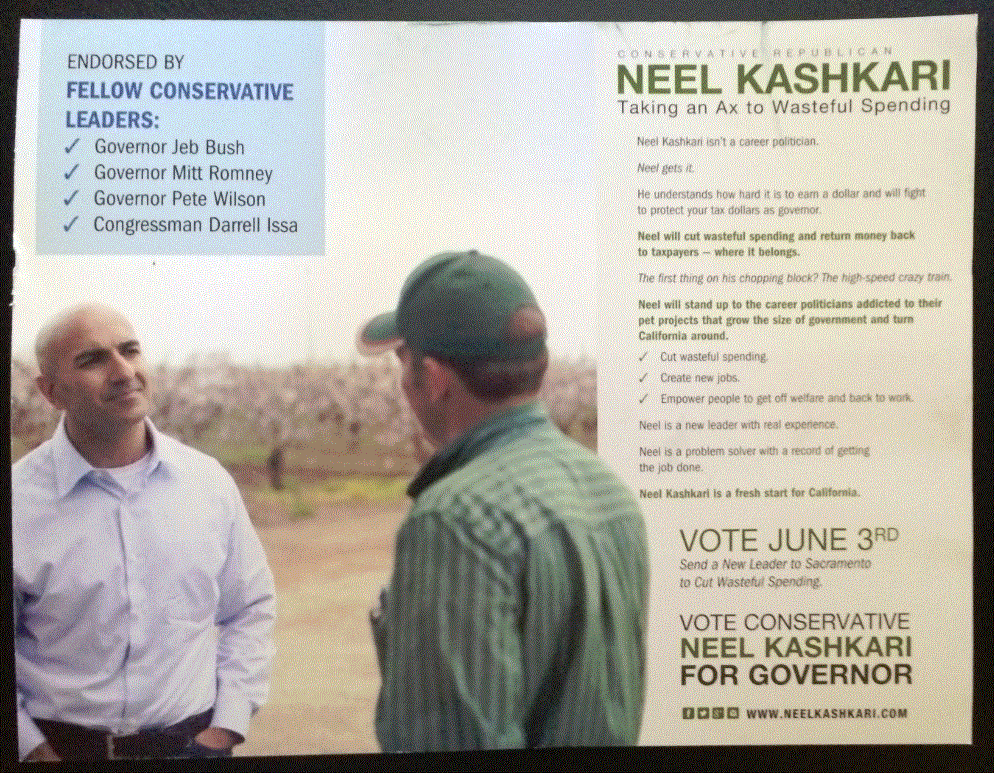