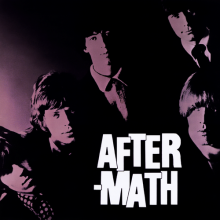 The first problem is that Brown currently is highly popular and is riding what I have called a “Morning in California” campaign. The state’s economy, although it has not fully recovered from the Great Recession, is doing much better than four years ago when Brown trounced another business executive who never had won a political race, Meg Whitman. And Kashkari doesn’t have the $178 million in personal money that billionaire Meg blew on her failed campaign.

So Kashkari will have difficulty gaining traction on the economy.

He pushed canceling the “crazy” high-speed rail project. Brown keeps including it in his budget.

But will that resonate with voters? I doubt it. But if it does, it would only help a little. And if, perchance, it endangered Brown, then the governor simply could cancel the project. He certainly would not sacrifice re-election to the train. So, again, it’s Brown who is in control of events, not Kashkari.

Kashkari is supposed to appeal to younger voters and immigrants, two groups vanquished GOP opponent Tim Donnelly supposedly offended[2]. But there’s a flip side to that: The Tea Party voters that backed Donnelly likely won’t show up on election day. As yesterday’s plebiscite shows, the Tea Party is weak in California. But Kashkari needs every one of its voters showing up to vote for him in November to even have a chance.

That also was shown by the poor showing by Mitt Romney not just in California in 2012, but across the country: Tea Party voters just stayed home. Mitt’s endorsement of Kashkari is another reason for Tea Party voters to just stay plopped in front of the Boob Tube, watching reruns of “Gilligan’s Island” while swilling a bottle of Jack.