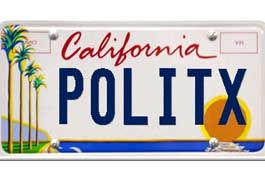 There’s also the evidence that the Legislature isn’t as wacky as it used to be since open primaries became the norm in 2012. In a U-T San Diego editorial[2], I looked at some theories as to why that might be:

“[There is] evidence that 2012’s elections — in which all Assembly and half the Senate seats were up for grabs — had the moderating effect that [open-primary proponent Abel] Maldonado hoped, specifically on majority Democrats. In 2013 and so far in 2014, the Legislature has not been the liberal self-caricature it often seemed over the past 15 years.

“This is backed by a study of voting patterns from 2011-2013 by USC professor Christian R. Grose. It showed significantly more moderate stands among Assembly Democrats and some signs that Senate Democrats have moderated as well.

“But are open primaries driving this development? Jon Coupal, president of the Howard Jarvis Taxpayers Association, says there may be more moderate Democrats than before, but they’ll vote the union line when Senate and Assembly leaders apply pressure. Coupal also says Senate Democrats have been weakened by the scandals hanging over three members of their caucus. And he says Gov. Jerry Brown’s pragmatism and sensitivity to ‘job-killer’ bills may also inhibit lawmakers from acting on their normally liberal instincts.

“So it’s probably far too soon to decide whether Abel Maldonado will be a footnote or a key figure in state history.”

But for my money, there’s potentially much bigger news unfolding. That’s the possibility that the Vergara lawsuit[3] over anti-Latino state education policies and the Tuck vs. Torlakson race[4] for state superintendent of public education could finally make teacher unions and the Latino community the adversaries they should have been for years.

If/when this dynamic comes to the fore, it would be far more potent than a change in election rules. The CTA/CFT are the Dems’ fiscal muscle. Latino voters are the Dems’ key voter base. If they get into it — and they should, they should — California will change in dramatic ways.