In one sense, the astonishing result is a reminder of how powerful the legal doctrine of equal protection has become. Treu did not agree as a matter of law that[2] “every child, everywhere, deserves great teachers.” But he did conclude[3] that union job protections for teachers, including bad teachers, had fostered inequalities of opportunity so grave as to shock the conscience. 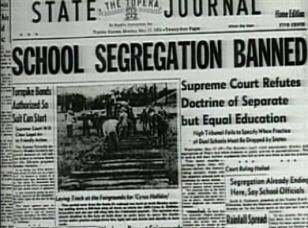 Explicitly drawing a comparison between Vergara and Brown vs. Board of Education, Treu ensured that similar litigation will spring up around America. It is a surprising reversal of roles for political partisans, many of whom associate bold, consequential readings of equal protection clauses with traditionally liberal causes, plaintiffs, and judges. (Indeed, lead counsel in the plaintiff’s case was Theodore Boutrous Jr., who successfully litigated[4] the challenge to Proposition 8, which banned same-sex marriage in California.)

But in another sense, the Vergara case reveals how the power of Silicon Valley now reaches far beyond technology, politics or even the economy as a whole. The priorities and perspectives of some of Silicon Valley’s most socially involved figures now shape the most basic legal concepts undergirding American life.

David Welch, a longtime fiber-optic communications entrepreneur, founded[5] and chairs the board of Students Matter, the group responsible for organizing and pursuing the Vergara case. A board member of the National Resources Defense Council, he does not fit the stereotype of the movement conservatives often presumed to spearhead legal action against teachers unions. Yet at the same time, neither does Welch’s profile match the prevailing view of Silicon Valley’s youthful, web-centric titans. Rather than pursuing public policy outcomes in realms like surveillance or gay marriage, Welch sought structural change in K-12 education — without relying on the internet, like Mountain View heavyweight Khan Academy[6].

Welch’s efforts underscore how Silicon Valley can no longer be presented as “disrupting” settled institutional practices in a one-dimensional way. Although the buzzword of disruption has come in for its share of scorn[7], critics will feel pressured by events to acknowledge that the change wrought by Welch scrambles typical partisan battle lines, rather than reinforcing Randians-versus-the-masses cliches.

Democrats, for instance, are now as deeply divided on education reform as they have been since the civil rights era. In California, the differences are striking. Tom Torlakson, the incumbent superintendent of public instruction, benefited[8] from $2.5 million in independent expenditures by the California Teachers Association this primary election. LAUSD Superintendent John Deasy, by contrast, penned an op-ed for the Los Angeles Times touting[9] his “responsibility and privilege” to make good on Judge Treu’s ruling.

Democrats nationwide who remain loyal to teachers unions will likely face an opportunity to change their political calculus. Education reformers are looking to pattern lawsuits off of the Vergara case in Connecticut, New Jersey, New Mexico, New York, Oregon and elsewhere, according to Politico[10] — along with a “relentless public relations campaign, backed by millions of dollars from reform-minded philanthropists, to bring moms, dads and voters of both parties to their side.”

In that fashion, it’s clear that even Silicon Valley’s most powerful figures can’t single-handedly change America’s legal landscape. Although Welch has proven instrumental in achieving an early victory essential for a broader national attack on teacher unions’ tenure regimes, that kind of reform movement requires more than money or influential figureheads. Like most large-scale political efforts, without an energized, broad base of ordinary Americans, it will fizzle out and fail.