This EIR is supposed to have far more details about the impacts of the project on affected communities and the environment. But the new lawsuit — filed by the County of Kings, Citizens for California High-Speed Rail Accountability and the Kings County Farm Bureau — alleges that there are major conflicts and omissions between the old EIR and the new one. It also alleges that the California High-Speed Rail Authority, in preparing the new EIR, routinely minimized environmental impacts and the need for mitigation measures despite knowing of contrary evidence.

The lawsuit, which can be read here[1], was prepared by attorneys Douglas P. Carstens and Michelle Black of the Chatten-Brown & Carstens law firm based in Hermosa Beach. It contends that the shortcomings of the EIR are so numerous and significant that the document should be “recirculated” to allow the commenting process on potential impacts to start anew. It asks that construction be blocked until an adequate, fully legal EIR is completed.

The case will be before Judge Allen Sumner[2],  who was first appointed to the bench by Gov. Gray Davis. It is expected to have its initial hearing late this year.

This litigation is separate from a lawsuit involving mostly the same plaintiffs that led another Sacramento Superior Court judge, Michael Kenny, to rule in November that the state government had an inadequate financing plan and insufficient environmental reviews to legally begin work on the bullet train project’s 300-mile “initial operating segment.” A state appellate court is now considering Kenny’s decision, acting on an expedited basis at Gov. Jerry Brown’s request.

Here are some of the key problems cited in the new lawsuit:

Railroad impacts: The new EIR includes “no mention regarding the need for expansion of the electrical grid or the recent objections UPRR and BNSF railroads have voiced to the California Public Utilities Commission about electro-magnetic fields and the possible interference of the freight rail and their positive train control systems.” Plaintiffs say the problems were well-known before the new EIR was certified in April.

Another ignored problem: ”The EIR failed to adequately analyze and mitigate impacts caused by the Section’s interference with existing rail transportation. BNSF Railway Company commented that the Authority’s preferred alignment, a substantial portion of which would run adjacent to BNSF’s right-of-way, would adversely impact BNSF’s ability to maintain and use its current right-of-way, would limit opportunities to construct new spurs to serve clients, and would raise height clearance issues.”

EIR was premature: The plaintiffs also contend that the rail authority jumped the gun with the new EIR. Rail officials “are only 15-30 percent finished with the first segment that is Madera to Fresno, and at this time does not even have a vendor selected to create the design for the Fresno to Bakersfield segment.”

The lawsuit contends this goes against established standards on how much design and planning work must be done before a credible environmental review can be completed.

“According to the Authority’s predecessor agency, the Intercity High Speed Rail Commission, in its High Speed Rail Summary Report and Action Plan, at least a 35 percent level of design is necessary to conduct environmental review,” the lawsuit notes.

“Similarly, the U.S. Army Corps of Engineers and U.S. Environmental Protection Agency state that a 60 percent level of design is necessary for the environmental analysis to be sufficient for issuing a Clean Water Act section 404 Permit. By relying on an insufficiently detailed design, the Authority failed to provide enough information necessary for environmental review under CEQA.”

Effects on plants and species: A key goal of an environmental impact report is assessing the likely impact on sensitive plants and species in the project area. Once again, the plaintiffs contend the rail authority cut corners and didn’t follow standard practices. 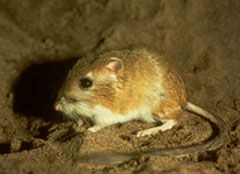 “EIR preparers conducted an assessment of the possible presence of an endangered species (Fresno Kangaroo Rat) by attempting to recreate land use from the aerial photographs provided within Google Earth. Although such a method might be useful for targeting surveys, it is not a substitute for protocol-level surveys in appropriate habitat, which should have been done before certification of the project-level EIR,” the lawsuit states.

“The survey extent for many biological resources was too small because the area studied was usually within 250 feet of the Section footprint. Because one major impact of the project is fragmentation of existing habitat and decreased landscape connectivity, the study area should have been much larger.”

Geological and seismic risks hidden: Among the most serious allegations in the lawsuit are that the new EIR purposefully ignored the rail authority’s own report about the riskiness of its route.

On Sept. 12, 2013, in response to a California Public Records Act request by Californians Advocating Responsible Rail Design, the rail authority released an internal report on geologic and seismic hazards facing the Fresno-Bakersfield route.

According to the lawsuit, the report  “concluded that the risks of ground rupture, seismically induced ground deformations, shallow groundwater, soil corrosivity, and land subsidence were moderate to high along the Section alignment. The Report determined that most of these geotechnical hazards are distributed across the Central Valley or run perpendicular to the section alignment.”

But the new EIR did not acknowledge the rail authority’s own findings that geologic and seismic hazards were probably unavoidable on the planned route. Instead, the EIR concluded such risks were only in “localized areas.”

Plaintiffs argue that this “demonstrates the EIR’ s failure to disclose the Section’s system-wide potentially adverse impacts to decision-makers and the public.”

Less intrusive alternatives not considered: The rail authority had an obligation to examine other route options to see whether they were less problematic but did not do so with several different issues, according to the plaintiffs. These issues include geologic/seismic risk; noise and vibration risks to Mercy Hospital in Bakersfield; and using tunnels instead of above-ground tracks in “urban centers” such as Hanford.

Major impacts cited for first time: The lawsuit alleges that the new EIR — for the first time — mentions heretofore undisclosed new impacts from the project. Perhaps the most notable:

— “Approximately 96 active and inactive oil, gas, and water wells that would be impacted within 50 feet of the Section’s right-of-way.” Plaintiffs say that the rail authority acknowledges the “substantial increase in severity of this impact,” yet identifies “no mitigation measures.”

Under state law, a project’s environmental impact report must be “recirculated” for new comments when there are newly discovered “significant new impacts to landowners.”

The lawsuit cites problems that fit each of these categories — at least if Judge Sumner agrees.