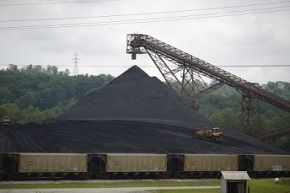 On June 2, President Barack Obama announced his new rules[1] to mothball “dirty” coal power plants so as to reduce carbon-dioxide power plant emissions by 30 percent from their 2005 level. He also set voluntary targets for the percentage of renewable energy in each state by 2029.

Coverage generally focused on Obama’s overall proposals rather their specific implications for individual states. But if Western states take Obama’s goals seriously, or if these goals are given some teeth, that could hurt California.

At first glance, it appears the Golden State would fare well under key sections of the president’s plan.

California has no large in-state coal power plants connected to the power grid. While several cities in Los Angeles County get their power from coal-fired power plants[2] in Nevada, Arizona and Utah, their contracts expire by 2020.

There are 80 fossil fuel power plants in California that would be subject to 30 percent reduction in carbon dioxide levels from 2005. But normally, they would be retired by 2030 anyways and replaced with more energy-efficient natural gas power plants as well wind and solar power plants.

Furthermore, Obama’s 34.1 percent renewable energy target for California[3] by 2029 seems oddly low. Because of state policies, California is already on course to reach 33 percent by 2020.

But the president’s much-more ambitious renewable energy targets of 91.7 percent for the state of Washington and 85.3 percent for Oregon may reduce cheap hydropower availability to California because these states might stop exporting to California — especially during cold snaps or heat waves. This could be devastating for a state energy grid that in coming decades will be forced to rely more on inherently less dependable wind and solar energy supplies.

California doesn’t count hydroelectric power as renewable energy under AB32, its Global Warming Solutions Act of 2006. However, the U.S. EPA’s draft new renewable energy targets for each state leave it open whether hydropower will count or not.

Washington and Oregon, however, would be prone to keep their cheap hydropower in-state to meet their high renewable energy targets. Today, Washington’s and Oregon’s hydropower plants produce 57 percent and 50 percent of their power, respectively. 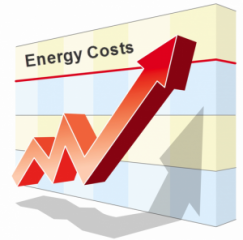 A central focus of the debate over the AB32 state law is whether the higher energy costs it mandates for California in coming years will spur companies to go to cheaper states or nations. The term used in environmental and regulatory circles for this is “leakage.”

Cara Horowitz — executive director of the Center on Climate Change and the Environment at UCLA School of Law — says this concern[4] has “been one of the motivations all along for California hoping it wouldn’t have to go it all alone. Leakage is a real risk to California if it continues to be well out in front on the climate change question.”

But if AB32-style mandates such as the EPA rule take effect, then “California becomes less likely to lose business to Texas,” she thinks.

Mary Nichols, chair of the California Air Resources Board, put it another way: “Requiring the use of renewable power and ‘energy efficiency’ is exportable.”

What she means by the term “exportable” is exporting California’s high electrical energy prices to other Western states that now have the competitive advantage of cheap coal, hydro or nuclear power.

States[5] that generate enough electric energy to meet their consumption such as Washington, Oregon, Arizona, Utah and Texas would have to play by the rules of those Western states that are not self-sustaining: California, Nevada and Colorado.

By keeping the cost of electrical energy high like California in all Western states, there is less likelihood of “leakage” of not just companies but of population to states that no longer have the huge economic advantage of cheaper power.