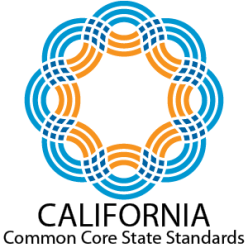 On several fronts, key business, education and political interests have heightened their push for the changes. Although opposition remains strong, pro-Common Core groups sense that a tipping point may be approaching. Rather than taking victory for granted, they are mobilizing, using overlapping strategies centered on the so-called “Smarter Balanced” assessments.

The computer-based tests, used to appraise students’ mastery of Common Core, are already receiving mixed reviews at best. As the Orange County Register reports, students have experienced[1] the kinds of tech glitches that are familiar to Americans from the checkout aisle to Obamacare signups — frozen screens, no sound, slow clicks and password resets. Administrators have additional challenges on their mind. Amy Kernan, a vice principal interviewed by the Register, expressed concern that the “hallmark” adaptive testing portion of Smarter Balanced has yet to be pilot tested itself.

Thanks to U.S. Department of Education demands, California has just one year to test out the exams. (Scores won’t be issued this year.) Remarkably, California is one of several states singled out by the DOE for punishment if it fails to meet the Smarter Balanced deadline. Despite widespread enthusiasm among California lawmakers for Common Core, legislators in 2013 passed a bill designed to suspend nearly all statewide student testing for one year — the better to prepare for Smarter Balanced implementation.

Signed into law in September by Gov. Jerry Brown, Assembly Bill 484[2] provoked the swift ire of DOE officials. As activists objected[3] that the bill would create a “black hole of information,” Education Secretary Arne Duncan warned that California would lose up to $15 million or more in federal education funding for the move. Deborah Delisle, assistant secretary in the Office of Elementary and Secondary Education, sent a sternly worded letter to Tom Torlakson, state superintendent of public instruction, and Mike Kirst[4], president of the state Board of Education. “By failing to administer a reading/language arts and mathematics assessment to all students in the tested grades,” she wrote[5], “California would be unable to provide this important information to students, principals, teachers and parents.”

A scramble for funding

Last spring, Brown also authorized[6] one and a quarter billion dollars of state-funded Common Core funds, to be distributed proportionally to each school district in California. In an effort to hang onto federal dollars, Sacramento officials resolved to proceed with Smarter Balanced testing only, speeding up the timetable for distributing the $1.25 billion.

What they didn’t anticipate was confusion over how that money would be spent. California school districts vary widely in their level of education technology and technical support. According[7] to the Hechinger Report, some districts have already spent all of their share of the grant, while others have spent only a third — leading Brown to pledge this May an additional one-time sum of $26.7 million to grease the wheels for Smarter Balanced.

With so much uncertainty surrounding the cost of merely being able to administer the Smarter Balanced exams, Common Core supporters have issued a fresh statement touting the embattled agenda. Some 300 groups and individuals have signed[8] a joint statement, sent to Gov. Brown and others, justifying the Smarter Balanced ordeal as a necessary step in the march toward fulfilling Common Core advocates’ promises.

The public relations effort follows on the heels of a February letter sent to state education officials by Common Core opponents. Californians United Against Common Core pegged[10] the estimated cost of assessing Common Core at over $1 billion.