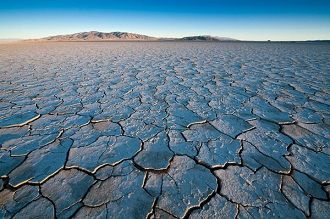 A longstanding truism when it comes to needed goods such as water systems, flood control or catastrophic earthquake insurance is that the public wants them but does not want to pay for them.

This was confirmed anew by a recent USC-L.A. Times poll[1], which found only 36 percent of those polled were in favor of raising taxes for statewide water system upgrades. A plurality of 46 percent indicated they would be willing to pay more to assure a more stable water supply.  However, 51 percent indicated that taxes should not be used to upgrade water storage and conveyance facilities.

As pollster Drew Lieberman of the Democratic polling firm of Greenberg, Quinlan and Rosner put it, “Support evaporates entirely when you put a price tag on it.”

The results of this poll may affect the $11.1 billion water bond[2] on the Nov. 4 ballot that may or may not contain funding for any new water storage facilities. This bond will not fund the proposed new $15 billion twin tunnels to convey water under the Delta southward to farms and cities.

The water bond was pulled from the ballot in 2010 and 2012 for fear of voter rejection.

But there may be good reason beyond aversion to taxes as to why Californians don’t want to pay for added new taxes to build new water tunnels under the Delta and re-create a new Delta ecosystem for fish.

Consider the selling points for the bond. It would:

–Provide a fix for the Sacramento Delta for fish

–Prevent a catastrophic loss of Delta water in an earthquake

The idea that these projects are urgently needed at a cost of many billions of dollars is tough to sell to the public when they perceive the existing system to be working just fine, and when most urban areas have enough water to weather the drought. Many Californians probably feel they have already done their part — 87 percent of those polled indicated they have cut back their daily water usage. This leads most people to believe that conservation keeps the state water shortage manageable. 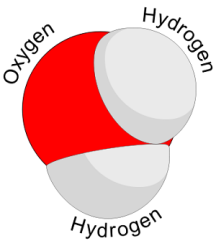 Building new dams and reservoirs was only approved by 65 percent of those polled.

Water policy-makers have so successfully sold the public on water conservation that the public apparently does not believe in paying taxes for any new system-wide improvements because conservation is perceived as free.

Once again, voters will approve waterless water bonds that are conservation-oriented during economic boom times. But when it comes to funding hard water infrastructure projects in an economy still recovering from recession, the public believes that more conservation is the solution.

Those who opposed the proposed Peripheral Canal[4] in 1982 in favor of conservation policies have been so successful that it is now difficult to get the public to favor any taxes for water projects — even in a crisis.