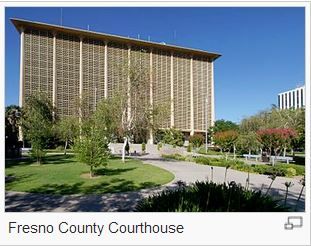 A group of Fresno taxpayers, who’ve been thwarted at every turn by city leaders, is expected today to submit thousands of signatures to qualify a water rate referendum for the November ballot.

This morning, shortly after 10:30 a.m., the group Citizens of Lower Water Bills — Yes on Measure W will turn in thousands of signed petitions — nearly four weeks before the deadline — calling for a public vote to overturn the city’s controversial water rate hikes.

“It feels great to have the support from fellow citizens as we move forward in our attempt to get on the Nov. 2014 ballot,” said former Fresno County Supervisor Doug Vagim, who spoke exclusively with CalWatchdog.com. “The city did everything they could to prevent us from our goal but in the end we will prevail.”

As CalWatchdog.com has previously reported[1], the battle in Fresno over municipal water rates has become a much larger fight over citizens’ rights to petition their government. Last August, the city of Fresno approved a controversial plan pushed by Republican Mayor Ashley Swearengin [2]to raise the city’s water rates. The additional revenue was intended to go toward a $410 million upgrade to the city’s aging water system.

Under Swearengin’s plan, most water users, including city residents and some unincorporated parts of Fresno County, would see their average monthly bills rise to $48, double what they were last year. That didn’t sit well with a group of taxpayers, led by Vagim, who mobilized a grassroots effort to overturn the rate hikes.

But when the taxpayers tried to circulate a petition to overturn the mayor’s plan, the city took the extraordinary step of refusing to grant the petition a title and summary. Without a title and summary, the group couldn’t collect the necessary signatures to get a referendum on the ballot. The move appeared to be a direct violation of the California Constitution. Section 3 of Article 13C[3] states that “the initiative power shall not be prohibited or otherwise limited in matters of reducing or repealing any local tax, assessment, fee or charge.”

Then, the city sued the taxpayers to preventtheir initiative from entering circulation. The city says that action was necessary in order to fulfill [4]its “legal obligation to supply a service.” In the city’s opinion, the rate hikes are “necessary to pay for that service (and) are not subject to initiative.”

But court after court disagreed with the city’s argument. On April 28, Superior Court Judge M. Bruce Smith reaffirmed his preliminary [5]ruling granting Citizens of Lower Water Bills — Yes on Measure W the right to move forward with their referendum on the city’s controversial water rate hikes.

“Even after the most extraordinary and unreal battle the City of Fresno caused through the courts, the citizens of this community have shown their resilience to all the obstructive tactics by Fresno city leaders,” Vagim said.

‘The most extraordinary and unreal battle’

Although Vagim’s group is celebrating their signature-gathering achievement, they’re still expecting a fight from city leaders.

“We still have to get past a city council and mayor who basically continue to thumb their noses at us, treating us as bunch of disobedient numskulls,” Vagim said. “We’ll need all the support we can get in order to get our city leaders to take their choke hold from our throats.”

More than a quarter million dollars in taxpayer funds[6] has been spent by the city of Fresno in its ongoing lawsuits to keep the water rate referendum[7] off the ballot. As of May 6, the city had spent $232,254.28 to sue Citizens of Lower Water Bills — Yes on Measure W. The figure was obtained through a public records request filed for all city funds expended to date in Doug Vagim vs. City of Fresno and City of Fresno vs. Doug Vagim.

Even supporters of the water rate hike have become disgusted with the city’s hardball tactics. Shortly after the first ruling, the Fresno Bee editorial board, which backs the water rate increases, chastised Swearengin [8]for her involvement in the political games.

“We support the water-rate increases; they are vital to the city’s future,” the paper wrote. “But with these stalling and blocking tactics, Swearengin sends a message that she doesn’t trust Fresno voters to do what’s best for the city.”