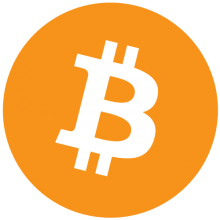 Bitcoin is the controversial new “digital currency.” Although widely used, technically it was illegal in California until Gov. Jerry Brown signed a bill Saturday officially legalizing it. The Christian Science Monitor reported[1]:

Democratic Assemblyman Roger Dickinson, the bill’s author, said earlier this week the bill reflects the popularity of forms of payment already in use in California like bitcoin and that even rewards points from businesses, such as Starbucks Stars, could technically be considered illegal without an update to currency law in the nation’s most populous state.

Transactions are made with no middle men – meaning, no banks! There are no transaction fees and no need to give your real name. More merchants are beginning to accept them: You can buy webhosting services, pizza or even manicures.

Bitcoin has had its ups and downs. A chart from Coindesk[3] shows its value since Bitcoin was created in Jan. 2009: 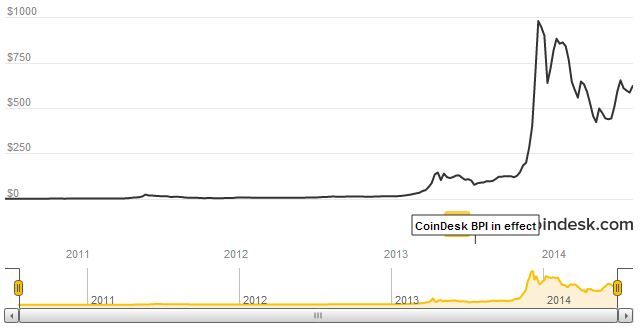 Although personally, for me, the only real money is gold and Long John Silver’s “Pieces of Eight[4]” — which I can hold in my hand. Even the U.S. dollar, which I’m forced to use, is just funny money that someday will go the way of the Confederate dollar[5], the Zimbabwean dollar[6] and Reichsmarks[7]. Thanks to inflation, the U.S. dollar already has plunged from $20.67 an ounce of gold in 1932 to $1,319 today.

In any case, Bitcoin’s worth, if any, should be determined by the marketplace, not government. So it makes sense that California, still the center of the digital economy, should legalize it.

Now and then the state government does something right.