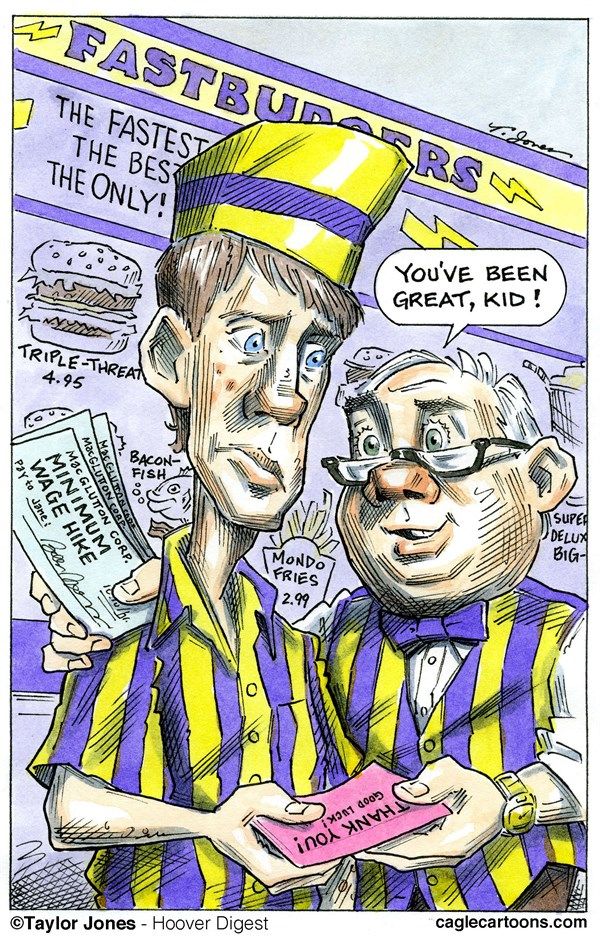 When a handful of corporations conspires to fix wages, they face legal action. But for several cities in the San Francisco East Bay area, the idea of a concerted effort to set pay has a newfound appeal.

Rather than taking a permissive attitude toward business collusion, however, the plan is to create what supporters are calling a regional minimum wage, one higher than the $8 per hour rate that prevails in the area. (Next month, California law will require[1] a statewide wage of at least $9 an hour, with another increase to $10 in January 2016.)

Inspired by the proposed minimum wage hike facing Oakland voters this November, Berkeley Mayor Tom Bates wants the two cities — plus Alameda, Albany, El Cerrito and Emeryville — to ensure pay hits $12.82 within the next three years. (The city of Richmond, meanwhile, is on track to raise its minimum wage to $12.30 within the same time frame.)

As the San Francisco Chronicle reports[2], Bates flips the traditional free-market critique of minimum wages on its head, claiming that a regional wage allows East Bay cities to “share enforcement duties” and avoid the “economic disadvantage” of losing jobs to more pro-business municipalities.

From national to local

Left unexplained is how an East Bay wage cartel would manage to keep businesses from shifting work toward the nearest comparable cities without artificially inflated minimum wages.

Under the present circumstances, political hardball, not economic logic, is driving the Bay Area’s push for higher wages. This year, Democrats had hoped to use a national push for an increased minimum wage to attract votes, offsetting the unpopular and inefficient implementation of the Affordable Care Act. Despite some initial gains[3], the key effort behind a congressional wage law failed, driving advocates and policymakers to shift their strategy to the state and municipal level.

Ironically, the moves have helped spur a majority of the U.S. Conference of Mayors to adopt[4] a resolution urging an increase in the federal minimum wage. Congressional action would take the heat off of individual mayors, who often face withering pressure from well-organized or highly vocal groups agitating for dramatic wage hikes.

Mayors in the hot seat

It’s the kind of activism that can leave mayors scrambling — and hoping to settle the issue in a way that spreads responsibility for compromise numbers, not concentrates it.

Mayor Bates himself incurred the wrath of Raise the Wage East Bay, an organization that believed it had his support in May for an ambitious minimum wage plan. According[5] to Raise the Wage, Bates signaled his agreement to raise the wage to $15.02 by 2020, at which point the wage would be indexed to inflation. But Bates ended up “switching sides,” the group claims, leading “a confused stampede” toward a “minuscule increase” of 75 cents in Berkeley’s minimum wage. “The measure they passed has no provisions for health insurance, paid sick days or even adjustments for inflation.”

It’s a pattern repeated elsewhere in the Bay. Richmond’s Chamber of Commerce managed to derail[6] a planned minimum wage increase to $12.30, enabling a wave of 11th-hour exemptions that applied to employers hit hardest by wage hikes — small businesses, nonprofits and bars and restaurants. Outraged, unions and their allies formulated plans to take a broader increase straight to voters.

Until then, the onus is on the East Bay’s mayors to stake out their positions as the political winds blow. For at least some key figures in the debate, that means no small amount of stalling. Jac Asher, mayor of Emeryville, captured the mood with some carefully qualified words about Bates’ proposal. Although she insisted she supports a regional minimum wage, her concern, she said[7], was simple: “Every city is going to be dealing with a different context and different circumstances.”