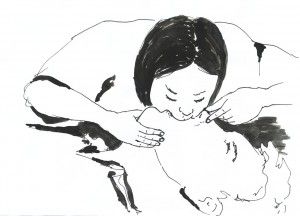 A $10.5 billion water bond apparently drowned in the California Senate this past week for the third time since 2010, even though the Central Valley faces a dire drought this summer. But the Legislature still might perform mouth-to-mouth resuscitation and waive[1] the June 26 deadline for putting the bond on the November ballot. The official name is Senate Bill 848, The Safe Drinking Water Quality and Water Supply Act of 2014.[2]

The Senate vote on the bond was 22 in favor and 9 opposed, mainly with Democrats favoring the bond and Republicans opposed.  But several Democrats abstained from voting and a couple of Republicans voted for the bond.

The main issue raised was whether the $15 billion Twin Tunnels[3] should have been included or not. The Twin Tunnels would send water under the Delta to Southern California.

State Sens. Darrell Steinberg, D-Sacramento, and Lois Wolk, D-Davis, opposed including the tunnels for fear it would trigger a North-South water war at the ballot box. Late in the water bond negotiations, Gov. Jerry Brown said he wanted a smaller $6 billion bond that was “tunnel neutral” (no tunnels).

But SB848 contained almost nothing for Central Valley farmers with junior water rights who during droughts are asked to fallow their fields and plow under citrus trees so cities and fish can have enough water. The California water system now can only operate in a prolonged drought by having some farmers get wiped out, while cities remain untouched and other farmers have priority to water. This is because there has been no effective water storage added since the mid-1960s.

Brown, Steinberg and Wolk did not mention that a “tunnel neutral” water bond also meant “farmer neutral,” containing very little for Central Valley farmers hard hit by drought.  As Republican Senate Leader Bob Huff[4], R-Diamond Bar, put it, “The main issue was it was a conservancy, Delta-centric bond.  When we look at our constituencies, most of them are flatly opposed to it.”

As written, the water bond would fund a large number of state environmental agencies, boards and nonprofit agencies and projects having nothing to do with drought or the title of the bond.  Only a pittance of funding would go for Central Valley farmers facing a scorching drought and high unemployment rates.

Democratic legislators were perhaps only following their constituencies. Only 36 percent of respondents in a recent poll[5] responded: “Water supply issues should be addressed even if it costs taxpayer dollars” (Question 43). And only 46 percent responded, “I would be willing to pay a higher water bill now to ensure a reliable, long-term water supply” (Question 44).

The bond[6], as currently written, would allocate: