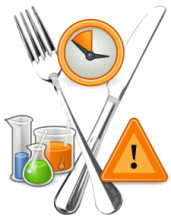 Say goodbye to California’s ban on bare hands for food and drink handlers. Set to be enforced beginning July 1, the measure — passed just this March — would have required all bar and restaurant employees who prepared meals or beverages to wear fresh gloves. Faced with a strangely unexpected flurry of opposition, lawmakers in Sacramento made a rare about-face, with Assemblyman Richard Pan, D-Sacramento, introducing[1] the bill to repeal the ban he authored.

The madcap character of the turnaround captured the same sense of absurdity that critics said pervaded the intended ban. The journey from Pan’s original bill to its hurried demise laid bare some of the more unflattering trends in politics as usual, from the mechanics of contemporary lawmaking to the ways around regulatory enforcement.

Legislators often strive to beat a challenge to the punch by passing laws as quickly as possible. In the absence of strong opposition from the lobbyists and corporations who traditionally mobilize to push for or against a particular scheme, the path to new laws can be fast and smooth. “The law apparently sneaked its way through both houses of the Legislature in 2013 unbeknownst to most small restaurant and bar owners,” the San Francisco Chronicle reported[2]. “It wasn’t until January, after the law was already in effect, that most businesses got wind of the rule.”

For major corporations in the food industry, such as Subway, glove use is already standard policy. That left smaller businesses unaware of the ban plan — a problem exacerbated by the gap between the law’s winter implementation and summer enforcement.

Sushi restaurants and bars, catering to more selective and artisanal-friendly patrons, found themselves facing major obstacles to the presentation and preparation of their products. Not only do latex gloves make it more difficult and less appealing to craft and serve raw fish or custom cocktails; they also come at a substantial cost.

The manager of one high-end bar in San Francisco anticipated[3] going through some 175 gloves per shift, according to The Washington Post. Joshua Miller, an Alameda bartender, told the Los Angeles Times that more than glove counts would have driven up costs. “Having to change gloves constantly slows down service, and for a busy bar, time is money,” he said[4].

For some economists, that kind of unpleasant regulatory surprise is characteristic of the unanticipated consequences officeholders can usher in on the heels of hasty, instinct-driven lawmaking.

Beyond the lessons of economics, the repealed glove ban gave restauranteurs an opportunity to shed light on the strange psychological effects of the law. Sacramento chef Ravin Patel told the Associated Press that the best way to cope with its demands was simply to pretend. “It just becomes common practice that you don’t touch food as much,” he said[5]. “When the health inspector comes, you slap on a bunch of gloves.”

What’s more, the legislation failed to take into account the politics of environmentalism. Another San Francisco entrepreneur, Remy Nelson, told[6] the Chronicle in March that his Mojo Bicycle Cafe would need 50,000 gloves a year — simply to ready and serve bagels. Amid California cities’ bans on plastic bags, the sudden proliferation of disposable gloves made for an awkward, illogical contrast.

Finally, the glove ordeal underscored how politics can play fast and loose with scientific evidence and rigor. As the AP reports[7], the ban can be traced back to federal research on mitigating the risks of foodborne illness. One study by the Centers for Disease Control and Prevention concluded that norovirus outbreaks originating in food were spread most often by those who handled food without gloves.

But now, Pan has told the AP, “It’s not about whether you wear gloves or not. It’s about how clean the surfaces are. We need to have the conversation go back to, ‘This is about food safety.'”

“Unfortunately the focus from last year’s law was just on gloves, and until we repeal the glove law we can’t have a meaningful stakeholder discussion on food safety in the restaurant industry,” the Times quoted[8] Pan separately.

For political scientists, the episode may carry broader lessons about how legislators can better look before they leap. But in Sacramento, relief over the scuttled ban seems so universal that lawmakers appear ready to act as if the intended ban had simply never happened.