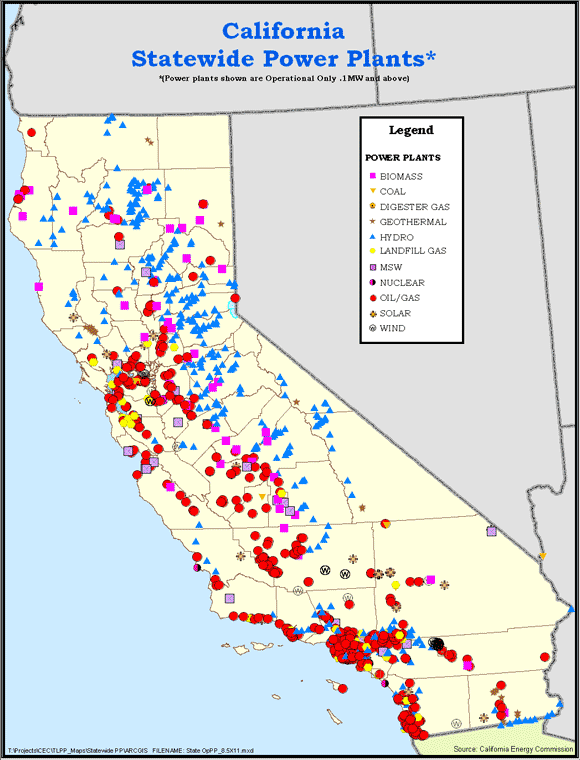 California’s Big Three energy regulating agencies just warned[1] in a joint letter to the California Water Resources Control Board that planned water curtailments for 2014 would present a danger to grid reliability and create “substantial potential for serious public health and safety impacts.” The three agencies are the California Public Utilities Commission, the California Independent System Operator and the California Energy Commission. The latter also cautioned that steam-generation power plants fueled by natural gas need to get sufficient water this summer.

The WRCB is about to adopt emergency water curtailment regulations[2] for this summer just in areas where agricultural water users have junior water rights. These regulations would go so far as to mandate “no potable water will be used for outdoor landscaping while this approval is in effect” (page R-3).  Household use of water will be restricted to 50 gallons per person per day in those areas.  The average water use in California is about 196 gallons per person per day[3].

In a May 9 report by the Cal-ISO, “2014 Summer Loads and Resources Assessments,”[4] California’s grid operator estimated 1,150 megawatts[5] of gas-fired steam generation is at risk of shut down due to curtailed water supplies (see Executive Summary Page 2).  That is enough power to electrify 1,150,000 homes per hour.

The report was specific where the potential failure would occur:

“In considering the drought situation for the summer of 2014, the ISO is following the potential impact of thermal (steam) units being out of service due to water supply curtailments.  Among the 260 thermal power plants greater than 20 MW (megawatts), three facilities in Northern California totaling 1,150 MW have been identified to be at risk of having water supply curtailments. … Water supplies to thermal generation will likely be of a greater concern in 2015 if the current drought continues.”

The Cal-ISO report[6] also warns about another weak link in the power grid for 2014:

“If critical high-voltage transmission lines are out of service, due to wildfires or other conditions, deficient voltage (pressure) levels may occur under peak load conditions that could trigger localized customer outages.  Furthermore, the absence of SONGS (San Onofre Nuclear Generating Station) results in potential overloading of local transmission lines under certain contingencies.

“Until longer-term mitigations are in place, southern Orange County and San Diego will remain susceptible to reliability concerns and will require close attention during summer operations…” (page 34).

Renewable energy to the rescue?

The ISO also indicated there could be a double threat of loss of natural gas supplies:

“Greater fuel diversity through integration of renewable energy sources is helping to mitigate this risk” (page 11).

However, as retired electric engineer, and founding member of Coalition for Energy Solutions, Willem Post[7] cautioned in an email:

This summer California is caught on the horns of a dilemma of drought and energy. If it curtails water deliveries to agricultural users with junior water rights, as planned, this will conserve water needed for carryover into 2015. But doing so may also result in threatening the reliability of the electric grid for the summer of 2014.

California decision-makers may be facing the quandary of holding water for fish this year, for farmers next year — or releasing it this summer for steam power plants to keep alive grandmothers on respirators and dialysis machines.

Emergency water regulations to be adopted by the State Water Resources Control Board[8] would not apply statewide, but only in those areas where agricultural users have junior water rights and have been told to curtail water use.  Some of these users have health and welfare exemptions.