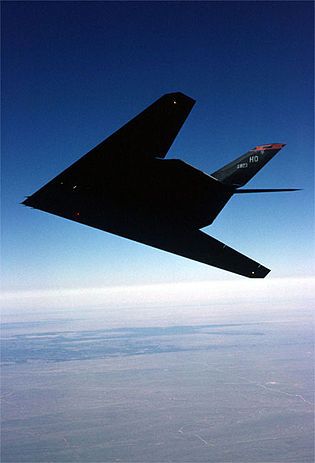 Like a professional sports team in search of a new taxpayer-funded arena, two defense contractors are playing California and Florida lawmakers against each other in a bid to win more tax breaks and, in turn, a $55 billion federal contract.

The home team, a partnership between Boeing and Lockheed Martin, is asking California lawmakers to approve $420 million in corporate tax breaks over 15 years that would apply exclusively to[1] “a major first-tier subcontractor awarded a subcontract to manufacture property for ultimate use in or as a component of a new advanced strategic aircraft for the United States Air Force.” A vote in Legislature could come today.

If that language sounds vague yet oddly specific, it’s because Assembly Bill 2389[2] was drafted at the behest of Gov. Jerry Brown to help Boeing and Lockheed Martin’s joint effort to win a contract to build the next-generation of stealth bombers. The project is so secretive that state lawmakers are rushing to pass the bill because even the timeline can’t be disclosed. Defense industry experts say that lawmakers need to act before the summer recess.

As the Los Angeles Times’ Marc Lifsher reports[3], “Although the program isn’t specifically named, it is clear to aerospace industry insiders that it’s a reference to the military’s hotly contested competition to build as many as 100 new nuclear-capable bombers.”

The bill, which passed the Senate Governance and Finance Committee on Tuesday, would give Lockheed Martin and Boeing the advantage in the bidding. It’s written so narrowly that even other aerospace companies wouldn’t qualify. If Boeing and Lockheed Martin land the project, it could lead to thousands of quality jobs in California.

According to the Legislature’s committee analysis, the special corporate tax breaks are contingent on the jobs coming to California and the federal contract going to Boeing and Lockheed Martin.

“While AB2389 requires a significant leap of faith,” the State Senate’s committee analysis[4] of the bill observed, “the taxpayer doesn’t claim any credits unless they win the subcontract, and employ individuals in the state to perform the subcontract.”

The entire deal has understandably drawn the ire of Boeing and Lockheed Martin’s biggest competitor for the contract, Northrop Grumman, which says California is essentially picking sides.

“Legislation that favors only one company is detrimental to California’s future aerospace industry,” Northrop spokesman Tim Paynter wrote in an emailed statement to the Times[5].

That message is part of a last minute lobbying effort by Northrup to gum up the works for a bill that passed the Assembly on a 72 to 2 vote. State Senators are also quibbling with the governor over how to pay for the corporate welfare. According to the Sacramento Bee, Senate leaders want any tax credits to come from “California Competes,” an already-established fund to subsidize investments in businesses that create jobs.

But there’s one big question that no one in Sacramento or the media has bothered to ask: Has Northrup Grumman already made its taxpayer-subsidized home in Florida?

Earlier this year, when Northrop announced its own deal with the state of Florida, the company promised that the agreement “further cements our strong partnership with Florida.”

“We’re extremely appreciative of the support we’ve received from the state of Florida and the local community in our continuing effort to drive our affordability and competitive position,” Tom Vice, Northrop Grumman corporate vice president and president, Aerospace Systems, said in a May 2014 press release, titled, “Governor Scott announces major Northrop Grumman expansion in Brevard County[6].”

He added, “This expansion further cements our strong partnership with Florida, and will greatly benefit our employees, customers and shareholders.”

To which Scott gleefully replied[7], “This is a huge victory for families on the Space Coast. We are excited that Northrop Grumman has decided to expand here in Florida, which could bring up to 1,800 new jobs to Brevard County.”

“This highly competitive project was more than two years in the making, and we are excited to once again partner with Northrop Grumman to bring jobs to Florida,” Secretary of Commerce and president & CEO of Enterprise Florida[8], Gray Swoope, said in the May press release.

“The year of big corporate subsidies”

Regardless of who wins, the whole thing stinks for taxpayers and believers in free market principles. While the California Legislature ponders new regulations [9]on Uber and other ride-sharing companies of the new economy, it’s considering sweetheart deals for defense contractors from the old economy. Other industries will no doubt copy the model and play state governments against each other to provide them with more corporate welfare.

“This appears to be the year for big corporate subsidies,” Sacramento Bee columnist Dan Walters[10] astutely notes. “A big tax break for the movie industry is moving through the Capitol, and Brown and legislators are working on ‘incentives’ to persuade Tesla tycoon Elon Musk to locate a big battery factory in the state.”

Both states are in the corporate welfare business. It just comes down to which state can offer more “incentives” to get the jobs. Which team are you rooting for: the Florida Northrup Grummans or the California Boeing Lockheed Martins?