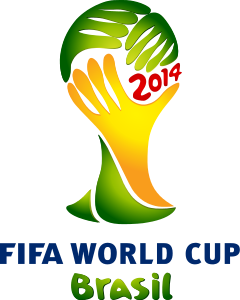 Normally, I would cheer government workers wasting my tax dollars by goofing off. I wish IRS, Franchise Tax Board, numerous bureaucrats and others would spend all their working time — yes, even when earning pay, perks and pensions at my expense — goldbricking.

Then at least they would leave me alone.

But some workers actually provide a service I use, such as CalTRANS, which builds and maintains roads. Yet here’s what CBS Los Angeles found[1]:

LOS ANGELES (CBSLA.com) — It looks like a scene from a local sports bar: groups of men watching the World Cup on TV, cheering with every play on the big screen.

But CBS2 investigative reporter David Goldstein reports undercover cameras found some of these men could be scoring your taxpayer dollars during working hours, sometimes for hours at a time, in the restaurant at Caltrans headquarters in downtown Los Angeles.

The restaurant is privately owned, catering not only to Caltrans employees

but also to the Los Angeles Department of Transportation, which is in the building at 100 South Main St. It is also open to the public.

They recently put out a flyer telling “everyone to enjoy watching your favorite World Cup soccer games” — and as Goldstein reports, hidden cameras show many did.

Many spectators came with their Caltrans badges clipped to their waists, and while some stayed just for lunch around noon, others took time out of their workday to watch the 9 a.m. game and the noon game, a doubleheader on the taxpayer time.

So, what should be done? Investigate and punish the perps?

No: Privatize the roads. All of them. Private-sector companies — Apple, Google, Intel, etc. — do everything better than the government sector. Can you imagine government designing a smart phone?

So let’s get the government out of the roads — and out of our lives.