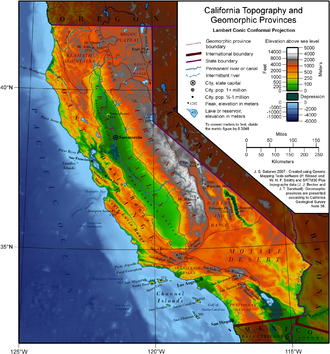 For those who put a lot of stock in statistics, it’s a good month for California. The Golden State has returned to take its former position among the world’s largest economies. World Bank calculations show[1] California — if it were considered a country — placing eighth in size worldwide. That’s still well below fifth place, where the state had ranked going into the early 2000s — but a significant increase from its spot two years ago at the bottom of the global top 10.

The news caps what has been over six years of roller coaster economic and budgetary uncertainty, for Californian voters and politicians alike. But for most politicians and policy experts, the state’s health is hardly a settled matter.

The situation is nowhere near as dire as it was in 2009, when the nation’s big banks rejected[2] the IOUs issued to cover California’s multibillion-dollar state budget deficit. Arnold Schwarzenegger still was presiding over the budget disaster.

Under Gov. Jerry Brown, who took office in 2011, the state’s credit rating has been stabilized, and hiked taxes and revenues have been used to pull the budget back from the fiscal abyss. On the other hand, stubborn problems remain[3] — from drought and out-migration to a still-daunting debt and a hunger to spend in Sacramento.

In other words, California’s economic situation has been salvaged enough to allow a fresh look at its structural challenges. While Democrats are more inclined to view public transportation and carbon emissions as typical, those further to the right have pointed to policymaking itself as an even more fundamental difficulty.

Gov. Brown’s hope has been to chart what his team has presented as a middle course. But the $68 billion high-speed rail project at the centerpiece of Brown’s agenda has shown the limitations of his approach. While annoying[4] Democrats by re-routing cap-and-trade funds away from emissions reduction, Brown has attracted ridicule from Republicans.

There’s even more at stake, however. Brown’s administration, and his legacy, are tied to the bullet train for more than superficially political reasons. The train is a central part of California Democrats’ vision of economic growth and progress. Sympathetic analysts around the country, including the public-transit-heavy East Coast corridor, have insisted[5] that California’s economic future depends on the train and similar projects.

The more difficult claim to uphold, however, is that high-speed rail can only be trusted to policy planners and funded with public tax dollars. While California’s effort has run into immediate and grave trouble, its advocates have laughed off proposals like Elon Musk’s private-sector “hyperloop”[6] plan for ultrafast mass transit. Ultimately, the argument for Brown’s favored train hasn’t turned on the wisdom of government-planned economic growth — but on impatience with the current state of Californian productivity.

Republicans, however, have expressed their own impatience on this subject. Much of California’s economic health has been driven by technology, tourism and trade, according to[7] Steve Levy, director of the Center for the Continuing Study of the California Economy. Yet California government has pursued an uneven-at-best relationship with Silicon Valley. As Sacramento’s planned crackdown on Uber has underscored[8], Democratic legislators are often cozy with California’s tech constituency on social and cultural issues, but hostile when it comes to the disruptive power of innovators to create wealth and dictate the pace of economic growth.

Reliance on tourism, meanwhile, has proven to be a double-edged sword even for large economies like Italy’s. Though tourism brings cash in, it also makes locals and residents dependent upon outsiders for productivity. In California, meanwhile, millionaires and others have begun steadily flowing[9] out of state — notably, to more enterprise-friendly states like Texas.

Finally, in the area of trade, a Southern California Teamster strike threatens[10] to undo the gains[11] California has made this year, with consequences spreading throughout the rest of the country. Democrats have long sided with unions in labor disputes; doing so now, however, would require them to dial back their enthusiasm for their state’s economic ranking.

Together, these developments have sharpened the debate over California’s economic future. Even if the state climbs higher in the global rankings, the drama surrounding Sacramento’s approach to productivity shows that size isn’t everything.