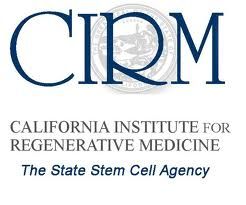 While governor, Arnold Schwarzenegger loved to tout “public-private partnerships”; another phrase for which is “crony capitalism.”

One such partnership he backed was Proposition 71 [1]back in 2004, which allocated $3 billion to fund stem-cell research. Except that, with interest, the payback amount to taxpayers is $6 billion. Those were the years when Arnold, who was elected to get control of the “crazy deficit spending,” as he called it, instead went on a wild spending binge, for which we’re still paying through tax increases.

In 2013, the Los Angeles Times reported[2] on a study of the Prop. 71 spending by the Institute of Medicine, part of the National Academy of Sciences:

After 17 months of deliberation, the panel, which was chaired by Harold Shapiro, a former president of Princeton University, concluded that the CIRM board members were saddled with ‘almost unavoidable conflicts of interest, whether actual or perceived.’ That’s because by law, 23 of the 29 members must be representatives of California institutions eligible for CIRM grants or of disease advocacy groups with their own interest in steering money toward their particular concerns.

Now this, which the U-T reported on July 9:

The former head of California’s stem cell agency, which is handing out $3 billion of voter-approved funds for research, has joined the board of a major grant recipient one week after leaving his post.

Alan Trounson, the former president of the California Institute for Regenerative Medicine, has joined the board of StemCells Inc., the recipient of $19.4 million from the agency.

The agency has been grappling with potential conflicts of interest, some of which are built into its governance under Proposition 71, approved by voters in 2004. CIRM paid $700,000 for a report last year making recommendations on how to mitigate conflicts.

Trounson’s move has reignited debate over the issue.

“The announcement raises serious and obvious concerns on a number of fronts,” Chairman Jonathan Thomas wrote to his colleagues on the CIRM board. “Under state law, however, it is permissible for Dr. Trounson to accept employment with a CIRM-funded company. Nonetheless, state law does impose some restrictions on Dr. Trounson’s post-CIRM employment activities.

Actually, this is just the typical government-crony capitalist “revolving door.”

Back in 2004, I wrote several editorials for the Orange County Register against Prop. 71, warning that this would happen. The voters instead decided, as his slogan put it, to “Join Arnold.”

Too bad we can’t just repeal everything he did in his seven years as governor.