Controller 2014: 7 reasons why John Perez should quit while he’s behind 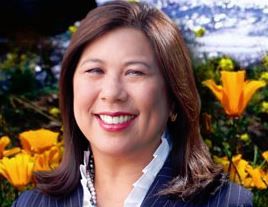 The “sunk cost fallacy[1]” — a self-destructive quirk of human behavior — explains why we persist in losing. We hold onto loser stocks, attend concerts we’d rather skip and demand recounts of decided elections.

The sunk cost fallacy is alive and well in the ongoing recount requested by Assemblyman John A. Perez. The former Democratic Speaker of the Assembly claimed a spot on the medal stand for state controller, just 481 votes behind second place’s Board of Equalization member Betty Yee. (The candidate who finished first, Republican Fresno Mayor Ashley Swearengin[2], is guaranteed a place on the ballot. The Yee-Perez fight is for the second spot on the top-two runoff in November.)

The results were so close — one hundredth of 1 percent — that Perez exercised his right to request and pay for a recount. If the results stand, the race would be the closest statewide candidate race in California’s history.

It’s tough to lose an election. A margin of 481 votes out of 4 million votes cast sets a new standard for electoral agony. But a recount isn’t going to change the outcome. The election is over. Perez lost. A recount only prolongs Perez’s misery and undermines his political future.

Here are seven reasons why Perez should quit while he’s behind.

More important than the current tally is the current error rate, which isn’t high enough to overturn the results. Two days into the recount, 91 precincts have been recounted with Perez gaining at most five votes (Kern: +4; Imperial: +1). Although the sample size is small, the current rate has Perez gaining one vote for every 18 precincts (18.2).

Perez’s recount request only identified 4,103 precincts[3] to be recounted. If our math’s right, after those precincts are recounted, Perez could expect to gain just 225 votes — not enough to change the results. (4,103 precincts / 18.2 current change rate = 225.43 vote gain for Perez)

2. Cherry-picking means the error rate is likely to get worse for Perez, not better.

At the start of the recount, the focus was on Perez “cherry-picking” counties and precincts where he outperformed Yee. “How unfair,” everyone bellowed. Now, the cherry-picking works against Perez. If the current error rate holds, Perez must expand the recount (See Point #1). But the error rate has nowhere to go but down. If he expands beyond the 15-county recount universe, he’s likely to lose votes, or at least see a lower rate of change.

In addition to the error rate, Perez could fall short on time. According to a survey of county election officials[4], the recount — at its current pace — would stretch past the November general election. As first reported by the Sacramento Bee’s Jim Miller[5], “A new survey by the secretary of state’s office suggests that the recount could run through January if it includes all of the counties sought by Pérez.”

If Perez begins to pick up votes, Yee’s campaign could at “any time during a recount and for 24 hours after it concludes” request her own recount, “as long as it does not include any precincts that were recounted as part of a prior request,” according to the secretary of state’s office[6].

4. Democrats are betrothed to another.

At this weekend’s executive board meeting, the California Democratic Party officially endorsed[7] Yee for state controller. The endorsement may have been required by party bylaws, but the “rousing welcome” and hospitality suite in Yee’s honor weren’t. Yee is favored among party activists, whose patience is being tried by a destructive recount.

5. He’s blowing through his campaign cash.

John Perez is blowing through his campaign cash faster than Ron Calderon at a golf resort. Recounts are expensive. For years, Democrat Bill Lockyer picked his statewide office and scared away all serious contenders by building a sizable war-chest. Perez tried to do the same thing in the state controller’s race, but his war-chest wasn’t big enough.

Every day the recount continues, Perez’s campaign bank account shrinks. Remember: raising money will be much harder now that he’s no longer speaker or the Assembly.

6. He’s cementing his reputation as a bully.

You don’t get to be the second most powerful politician in California without making a few enemies. The byproduct of Perez’s legacy as one of the most successful speakers in recent history is a reputation as a bully. This recount reinforces that image as a bully[8]. Among some Democrats, Perez’s persistence comes across as him trying to buy (or steal) an election. Right now, Perez’s image as a bully is limited to insiders. That expands to the general public if he reaches the November run-off by an “illegitimate” recount.

The worst outcome: Perez wins the recount and the November election. Perez is a political animal. (We mean that as the highest of compliments.) He thrives in an environment where there is active political conflict. He cuts deals, wields power and builds alliance.

Conclusion: What will John Perez do?

Behavioral economists say that the best way to avoid the sunk cost fallacy is to simply acknowledge it. What are the chances Perez wises up to his self-destructive behavior?

At the beginning of his career, Perez walked away from college[9] because he realized that he didn’t need a degree to be successful. After all that time and effort, Perez had the foresight to realize college was impeding his political career.

So he has done it before.