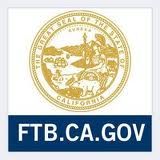 California’s Franchise Tax Board[1] spent thousands of dollars over five years in the futile pursuit of a Redondo Beach septuagenarian for $392. For more than half of that time, FTB staff lost the taxpayer’s records and didn’t inform him of it.

Willard Christine appealed the FTB’s tax ruling to the state Board of Equalization[2]. The BOE granted it, 3-2, on June 24. Two board members criticized FTB’s handling of the case.

“It just drives me crazy that for $392 worth of tax there was this ongoing discussion with this taxpayer, a loss of his records for 33 months,” said George Runner[3]. “If anything I think this is a time for us to send a message saying, ‘At times, FTB, you just need to do a better job.’”

The FTB sent two attorneys to the seven-hour hearing, prompting Runner to wonder about a point of diminishing returns in pursuit of small tax disputes.

“I can’t imagine there isn’t some path to try to provide a resolution to this,” he said. “I mean, we spent that much money in attorneys – more, we probably spent three times that amount of money – in attorney fees sitting here today.”

“I just feel compelled to say something about this,” he said. “A loss of records for 33 months is a significant error on the part of the department. As human as the error may be, I happen to believe that there are a whole lot of faults that may have occurred in that process.

“I apologize to Mr. Christine for the long delay on his case,” she said. “We strive to provide timely attention and resolution to all taxpayers’ disputes or concerns. We certainly did not meet his or our own expectations in this instance.

“We provided the only remedy FTB could allow under the law; we abated the interest for the time period that the case was missing. In regards to our processes, we are striving to be more diligent so this does not occur in the future.”

History of the dispute

There actually was no dispute for two years after Christine filed his 2006 tax return, according to the BOE appeal filing[5]. He and his wife reported and paid a tax liability of $1,965 on California taxable income of $68,018.

But at some point the IRS informed the FTB that the couple had improperly claimed some deductions on their Social Security income, the taxable portion of which was higher than they had reported.

That created a $14,738 increase in their taxable income, and a resulting additional tax owed of $1,168 plus interest, the FTB informed Christine on July 8, 2009.

He filed a protest, arguing that the language on the tax form “was incomplete, flawed and misleading,” according to the appeal.

And Christine received vindication. In a March 2010 phone conversation, the FTB informed him it had received “additional information from the IRS substantiating the amount of itemized deductions claimed on [his] California return.”

That left a tax owed of $392 plus interest. But shortly thereafter – from April 1, 2010 through Jan. 9, 2013 – the FTB lost Christine’s records. In that time nothing happened in the dispute, with neither side contacting the other.

Having found the records, the FTB sent letters to Christine on Jan. 14, Feb. 14 and March 14, 2013 discussing the issues in the case and setting a date for his protest hearing.

Christine responded via email on March 25, 2013, “expressing his concern and dismay regarding the missing file and delay in the protest proceedings,” according to his appeal.

In his appeal, Christine did not dispute the remaining tax liability. But he argued that the FTB had forfeited its right to collect it due to its negligence in allowing a 33-month “undue delay” in the case.

“It has been botched every step of the way,” Christine told the BOE board. “Losing a set of records for almost three years. What’s a taxpayer to think when he receives no information whatsoever, not even a postcard, from the tax board over that period of time? At some point wasn’t I at least owed a courtesy letter from the tax board apprising me of this extraordinary development?

“More than once I looked at the sheaf of records pertaining to this tax return and wondered whether the whole kit and caboodle should be relegated to the round file. Then when my case belatedly resurfaced when a video hearing was scheduled in April of last year, I was asked to furnish Leslie Cardoza my talking points in advance of the hearing. I did so in a detailed letter that was sent to her office in Rancho Cordova.

“But when I appeared at the hearing in downtown Los Angeles, she said over television that she hadn’t received the letter. To call this case ‘The Gang That Couldn’t Shoot Straight’ would not be an exaggeration.”

Christine said his current dispute is similar to one he had with FTB over his 2004 tax return.

“I was victimized by bureaucratic mumbo jumbo, clerical ineptitude, wheel-spinning of the first order,” he said. “That case, I think, was a microcosm of why the state’s fiscal morass has persisted over these many years.”

Christine won that dispute when the BOE board granted his appeal in 2010.

“After my statement before this board in 2010, [Board Member Michelle Steel] characterized my experience as a ‘nightmare,’” Christine said. “She went on to say that as she read the sorry details of my case she was actually laughing and feeling sorry for me at the same time because of my plight.

“Mr. Jerome Horton complimented me for being a well informed taxpayer while making the point that if I was confused by the rules and regulations ‘millions of other Californians would also be at risk.’ There were urgings from your board that day that, if you will pardon the expression, the tax board should clean up its act and be more user friendly to taxpayers.”

In reference to his current dispute, Christine told the BOE, “I feel that it’s a sad state of affairs that we are here today debating the merits of a return from eight years ago that has gone from a four-figure past-due amount to only a few hundred dollars. Your time and effort are more valuable than this.”

FTB: taxpayer was ‘made whole’

FTB lawyer Karen Smith responded by noting that Christine does not dispute that he has a tax liability, and that the FTB is not charging interest for the 33 months that “the file was misplaced.” She dismissed Christine’s argument that that delay had forfeited FTB’s right to collect his tax.

FTB “has taken all of the actions allowed by law to make the appellant whole,” she said. “There is simply no provision under the law to abate any further interest or the tax as requested by the appellant.”

Christine responded by asking the board to consider if the situation were reversed.

“Suppose a taxpayer lost his records for three years and never wrote a letter,” he said. “Would the government be as forgiving as the taxpayer is being required to be in this case? It’s a rhetorical question, we all know the answer.

“Also in the brief filed by the government it says that I wasn’t harmed. Well, I had high blood pressure when this started, and I still have high blood pressure, and I’m taking medication for it. I consider that harm. Maybe not financial harm, but certainly physical harm.

“And there’s been some mental harm: the stress, the aggravation, the frustration, the angst. No remorse or apology, not one iota. I think the taxpayer is owed better in this case.”

Azimi could not say how much FTB staff time was spent during the tax dispute. “We do not have this information readily available,” she said.

But despite spending thousands of dollars trying to collect $392, the FTB does not recognize a point of diminishing returns. CalWatchdog.com asked Azimi whether FTB has a policy on when to cut its losses.

“The answer is no,” she said. “Our job is to administer the state’s income tax laws in a fair and impartial manner to ensure that all taxpayers meet their obligations to file and pay the proper amount owed. All taxpayers, regardless of the amount owed, are entitled to exercise their due process rights in disputing their tax assessments before we finalize those tax liabilities.

“Due process means that taxpayers are given an opportunity to be heard and to present any claims or defenses they may have. These actions include the right to protest, have an oral hearing and, if needed, appeal their tax assessments. When any taxpayer decides to exercise these rights, we will participate, regardless of the amount of disputed taxes at issue.”