A majority of the Richmond City Council still wants to use eminent domain powers to to seize “underwater mortgages” even though the bond market refused to sell $34 million in municipal bonds for the city last year due to Richmond officials’ interest in the novel proposal.

Prices are soaring in the blue-collar Bay Area suburb. The Zillow.com[1] home price index is up 33.7 percent this past year in the city, reducing the number of homeowners who owe more on their loans than their homes are worth. And some homeowners have already gotten help. Twenty percent of all Richmond homes with underwater loans have had the principal on their loans reduced as of January 2013. 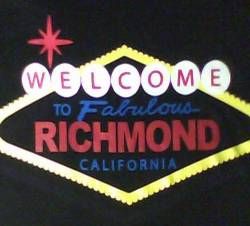 Nevertheless, on July 1, the Richmond City Council voted 4 to 3 to use eminent domain to seize 624 underwater mortgages it has identified from private mortgage lenders so as to prevent future foreclosures.  But to pursue condemnation of the mortgages, the council needed a two-thirds majority, or five votes, making the 4-3 vote symbolic, not binding.

The Richmond council members want their city to partner with another city to form a joint powers authority[2] to reduce the legal and administrative costs involved. But other cities appear wary for many reasons, starting with the fact that San Bernardino and North Las Vegas abandoned using mortgage eminent domain after concluding it would severely harm their real estate economies because lenders would stop making home loans.

Most knowledgeable eminent domain experts[3] don’t believe mortgage eminent domain will meet the legal tests required that such actions can only be undertaken for a broad, necessary public purpose — such as seizing land to build a dam or a police station.

The four council members say they are trying to help constituents who can’t get help from the state or federal governments.

A double-whammy on property taxes

To compound Richmond’s loss of property tax revenues from over-mortgaged homes, its school districts lost 14.61 percent of their property tax revenue this past year due to the August 2012 Chevron refinery fire[4], and the city lost $6.1 million in revenue.

“Richmond’s decline was driven largely by the change in the refinery’s valuation. County Assessor Gus Kramer said his office valued the Richmond refinery at about $2.75 billion in 2013-14 compared with around $3.75 billion the previous year. The city as a whole was given a net assessed value of $10.89 billion, a decline of more than $1.86 billion; every other city in the county saw an increase in assessed value,” the Contra Costa Times[5] reported in July 2013.